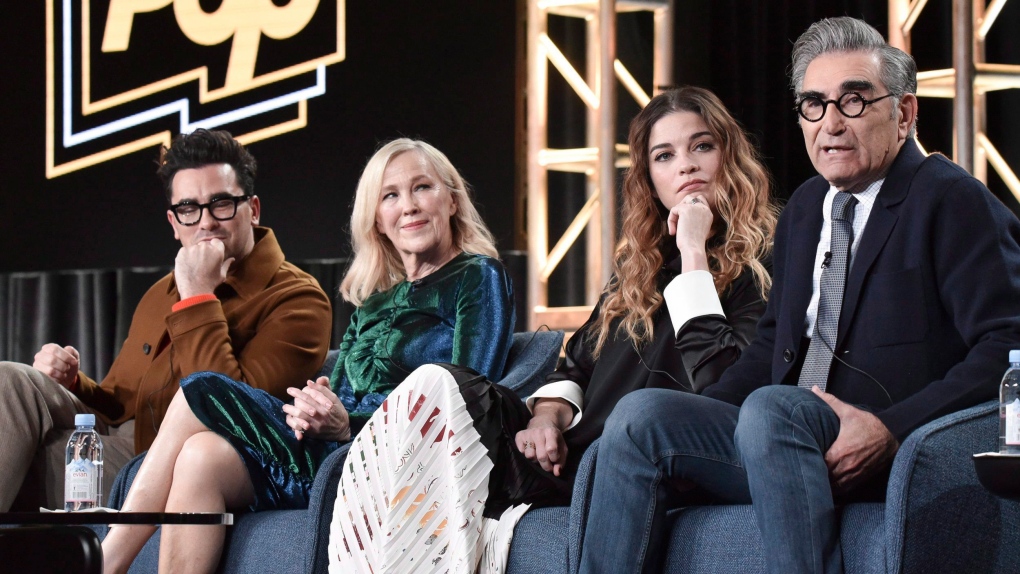 TORONTO -- The CBC series "Schitt's Creek" and "Anne with an E" were the top winners at the ACTRA Awards in Toronto.

It's the second consecutive year "Schitt's Creek" won the honour and it comes as the riches-to-rags comedy winds down its sixth and final season.

Meanwhile, Dalmar Abuzeid won a trophy for outstanding performance by a male for playing a Trinidadian sailor on the coming-of-age story "Anne with an E."

And Cara Ricketts won outstanding performance by a female for playing the sailor's wife on the series, which was cancelled in late November after three seasons.

Other winners included Bryn McAuley and Carter Hayden, who each won awards for their voice work in "Hotel Transylvania: The Series."

ACTRA Toronto is the largest organization within the union ACTRA, representing more than 15,000 of Canada's 25,000 professional performers working in recorded media in Canada.

"We're looking at the ninth year of sustained growth in our industry," Tova said in a news release.

"From TV and film to animation and video games, Ontario creators and Ontario performers are making names for themselves around the world."

"Schitt's Creek" and "Anne with an E" also lead the pack going into next month's Canadian Screen Awards.

"Schitt's Creek" is up for a leading 26 trophies and "Anne with an E" has 17 nominations.