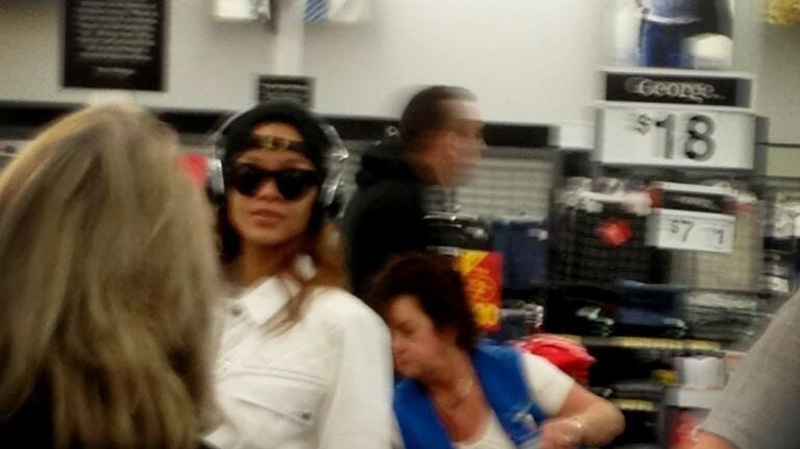 Fans spotted pop superstar Rihanna at a Wal-Mart in Kamloops, B.C., on Sunday.

Store employees confirmed to a local radio station that the singer had stopped into the store. A Wal-Mart McDonalds’ employee said that she ordered a soft drink and donated to McHappy Day.

According to witnesses, Rihanna rolled up to the Wal-Mart in a tour bus and spent most of her time in the ladies clothing section.

“Rihanna was in Kamloops at Wal-mart and I wasn’t aware of this. #Jealous #StupidDinner,” said user @HannahJohnson70.

“My parents say Rihanna at Wal-Mart! Where the heck was I???” tweeted user @AlyssaGould.

“Out of all places in Kamloops why would Rihanna go to Wal-Mart? Haha,” user @Teighlorduncan tweeted.

She was spotted on Friday shopping in a Calgary Foot Locker. She later performed at the Scotiabank Saddledome on Friday night.