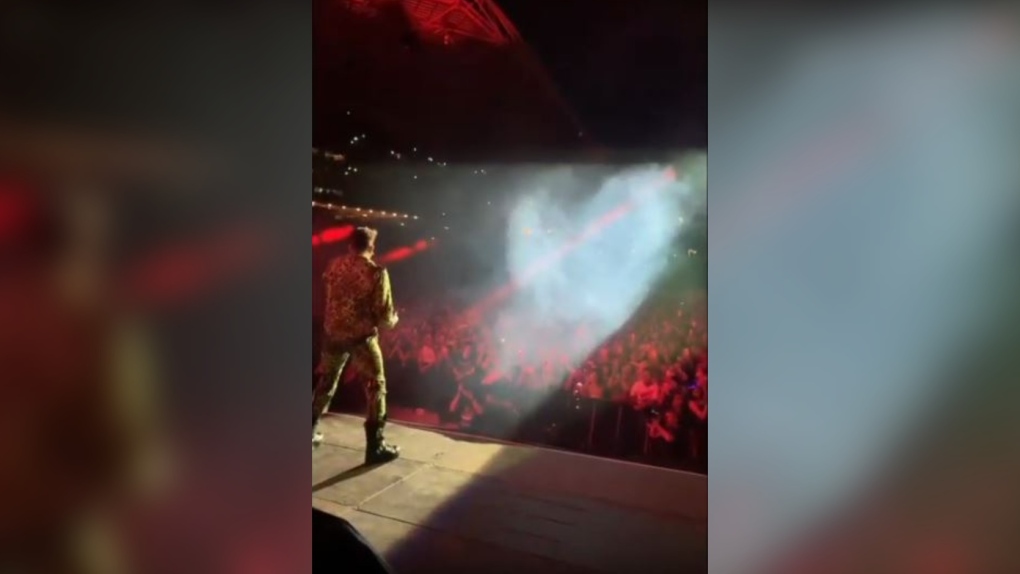 But this time around, the band was fronted by singer Adam Lambert.

Queen’s iconic 22-minute set was part of a 10-hour relief concert to raise money for the victims of the Australia wildfires, according to local media.

Lambert and Queen performed the entire set at the Fire Fight Australia Bushfire Relief concert at Sydney’s ANZ Stadium, which was packed with more than 50,000 people.

Parts of the set list were captured in a series of videos shared online by Brock Jays, an Australian singer-songwriter who was backstage during the performance.

The six-song set included “Bohemian Rhapsody,” “Radio Ga Ga,” “Hammer To Fall,” “Crazy Little Thing Called Love,” “We Will Rock You” and “We Are The Champions.” The crowd sang along as a recording of Mercury appeared on a big screen with his rendition of “Ay-Oh.”

The “American Idol” runner-up has been performing on and off with Queen since 2009. They’ve regularly gone on tour together as part of an ongoing collaboration entitled “Queen + Adam Lambert” beginning in 2011.

According to BBC News, the Fire Fight Australia Bushfire Relief venue was aiming to raise $8.9 million to help the country’s rural fire services, the communities affected by fires and treating affected animals.

The wildfires have ravaged 11 million hectares of land, which is roughly the size of England. The fires have already claimed the lives of 33 people and destroyed thousands of homes.