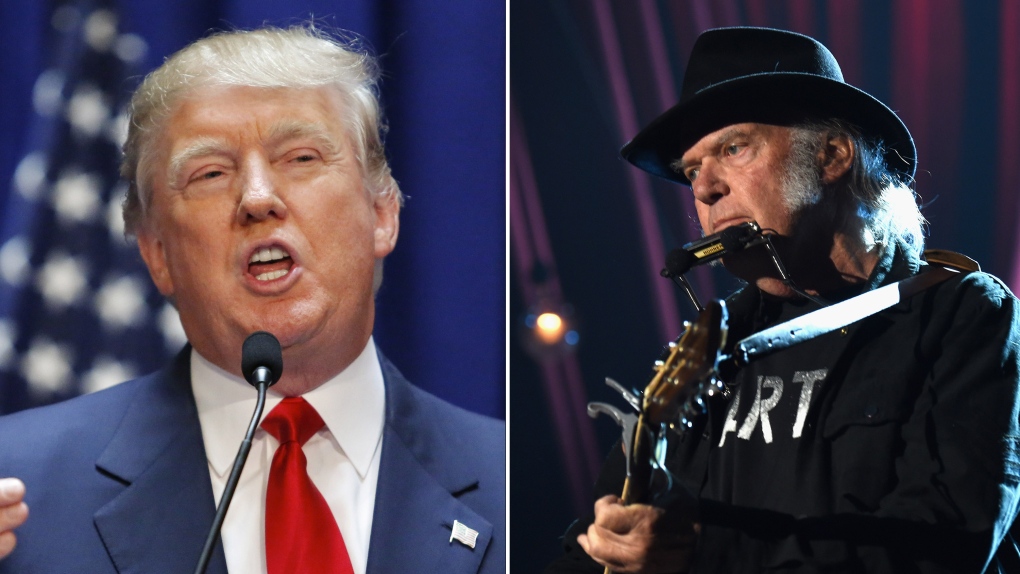 TORONTO -- Bob Young spent much of his life forging a career as a prominent golfer, but at 78 years old, Neil Young's brother has released his first song.

Ahead of the U.S. election on Nov. 3, the elder Young has unveiled "Hey America," a folk song where he urges the nation to "give love a chance," saying it's "the beacon of freedom."

The song was recorded with a band he's dubbed "Young Bob & the Peterboroughs," whose members include Neil Young on harmonica as well as Mike Belitsky and Travis Good of Toronto band the Sadies playing drums and banjo.

Bob Young, a native of Omemee, Ont. outside of Peterborough, is no stranger to the music scene because of his brother, but he built his own name competing in high-profile golf tournaments.

He says in a statement he never set out to become a songwriter at this age, but was inspired to put words down after watching Donald Trump on TV a couple of years ago.

At the encouragement of a few close friends and family, including his brother's wife Daryl Hannah and Blue Rodeo's Greg Keelor, he decided to record the song.

The band also released a video for "Hey America" which features a Canadian flag in the background as they perform together.

He says the footage was captured under COVID-19 precautions with some shots edited to make it appear as if Neil Young, who became a dual Canadian-U.S. citizen in January, was singing maskless beside his bandmates.

This might not be the last song Bob Young releases, as he says he's penned other music "from the same creative spark."

This report by The Canadian Press was first published October 29, 2020