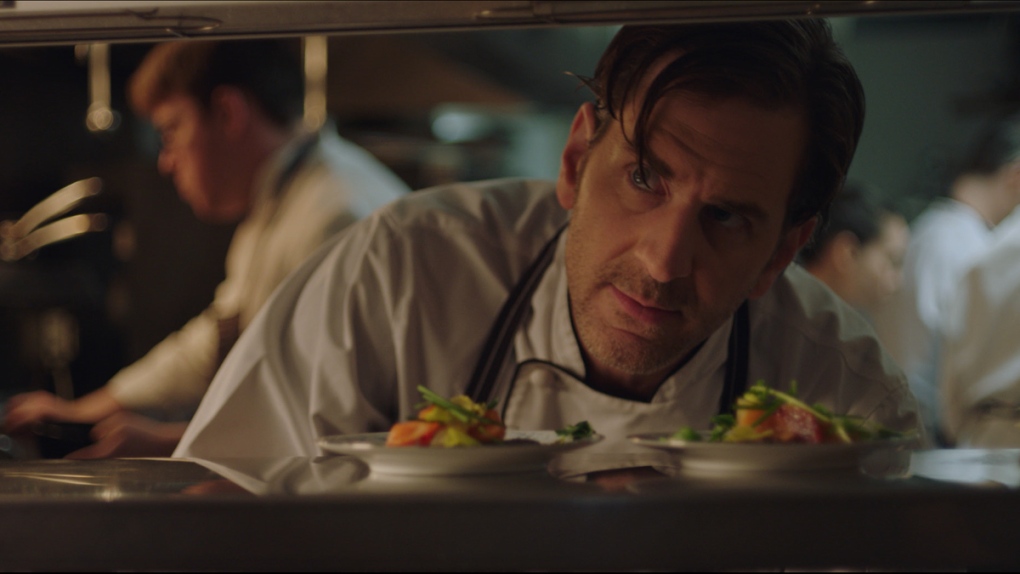 A scene from the movie 'Nose to Tail.'

The Toronto restaurant helmed by Chef Daniel (Aaron Abrams) in the movie "Nose to Tail" is a lovely, high-end bistro that promises good service and even better food. It looks effortless, like a swan drifting elegantly on a lake. It may feel calm in the front of house but the restaurant, like the swan, is paddling like hell to stay afloat.

Written and directed by first-timer Jesse Zigelstein, "Nose to Tail" takes place over the course of one crisis filled day. Waking up hung-over in his cramped downstairs office, Daniel begins planning a special meal for a VIP table of investors who, if impressed, might provide the financial lifeline the restaurant needs to survive.

Before dinner service begins, however, he must deal with an unhappy landlord, a disappointed ex-wife and the loss of a sous-chef. Also, like flies buzzing around a rotten piece of meat, there's a food truck across the street that may be siphoning Daniel's customers and an annoying food blogger who seems to know more about the state of Daniel's restaurant than Daniel does.

"Nose to Tail" isn't likely to debut on the Food Network's Movie Night. A portrait of a narcissistic chef, driven by ego, alcohol and pure rage, it shows more of the reality of restaurant life than any celebrity chef reality show. He's an anti-hero, a person who wields his talent and reputation like a sword, to sleep with his hostess or treat his proteges in the kitchen like servants, but he's also compelling.

He may be the architect of his own demise, but Abrams keeps the audience on side. He's incorrigible but there is always a lingering sense that his often-irredeemable behaviour is borne out of a sense of failure, not power. He was once a hotshot, an up-and-comer, but now is being left behind and it has crushed him. Abrams gives him layers. He's not likable but he's also not simply a self-loathing Gordon Ramsay "Hell's Kitchen" stereotype either.

"Nose to Tail" occasionally feels overstuffed with complications — Daniel is having a VERY bad day — but its determination to not smooth out Daniel's rough edges makers it worth a look.