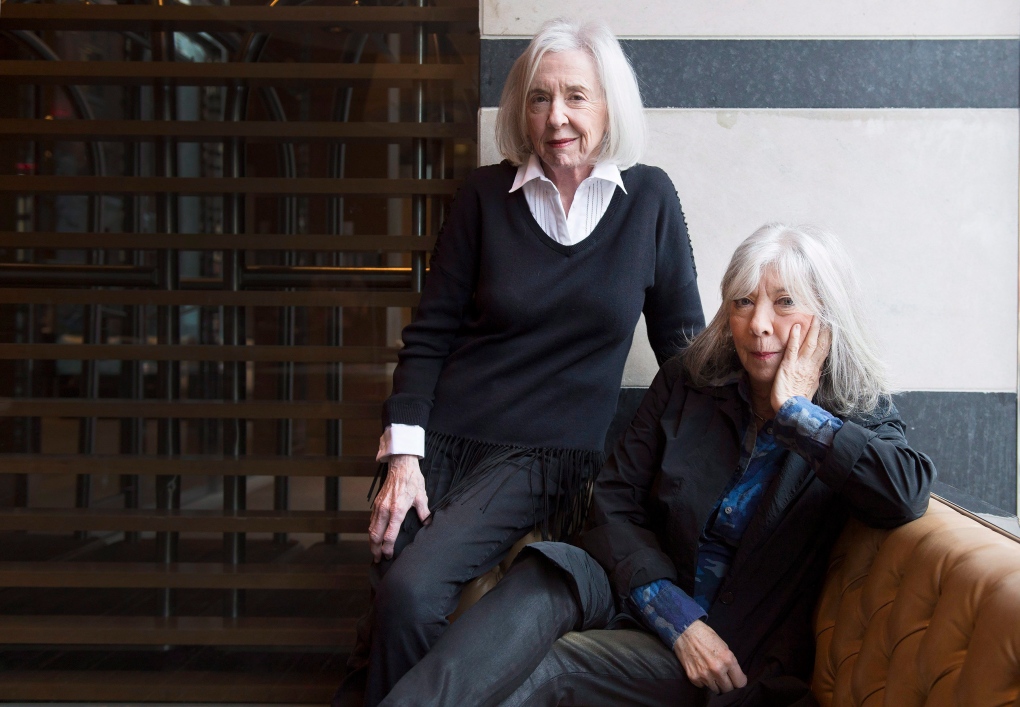 TORONTO -- The cover photo of Anna and Jane McGarrigle's new family memoir, "Mountain City Girls," looks innocent enough: the two are sitting on a couch alongside their late sister Kate, seemingly caught in a candid moment.

But probe deeper and a darker story emerges.

"We don't want to get into that, do we?" says Anna, turning to Jane during an interview.

"Maybe we do," says Jane, launching into a story detailing the fortitude the sisters mustered, and the sexism they sometimes faced, during their heralded folk music careers.

They say the shot was taken by a photographer friend in the early 1980s. They were in the green room of a French-language TV station in Montreal, waiting to perform.

At one point they left the room, and when they returned, someone had posted photos of "women's crotches" on the wall.

"What was the message, of having photos of vaginas on the wall in our dressing room?" says Jane. "We were puzzled, we were angry, we were a little scared."

They never found out who was responsible, but they suspected it was the "really thuggish" guys in the studio house band who were difficult during the sound check.

"I really think what it was is, we played our own instruments and they were the house band," says Anna.

"I think they were just pissed off that we were women and we were maybe demanding or something."

"Women who knew what they wanted," adds Jane.

As "Mountain City Girls" recounts, the sisters came from a musically gifted and literate family.

Their father, Frank McGarrigle, was in the army and was compulsively musical.

He married Gaby Latremouille and they had the three girls, raising them in Saint-Sauveur, Que.

Kate, the third child, who died of a rare form of cancer on Jan. 18, 2010, was always hyperactive and headstrong.

"She was a spitfire and she was a wild woman, Kate, from the get-go," says Jane. "One of my earliest recollections about Kate in Saint-Sauveur is her taking one of these swords my father had brought back from the First World War, like a bayonette. She couldn't have been more than four years old and she was chasing this kid, this guy who was 10 years old, and she was running after him down the street with a bayonette and he's running away.

"Kate, she defended herself and she was really a ballsy girl, if I can say that, and a wild woman."

Jane, the eldest of the three, became the manager/collaborator for Anna and Kate as they established themselves as the McGarrigle Sisters. The duo was also in a couple of groups, Le Trio Canadien and the Mountain City Four.

Anna says their parents never discouraged them from doing what they wanted to do, despite it being a "little harder for women" on the music scene.

She notes they often had to perform in concert with male backup bands, "because that's what the record company expected of you when you went on the road."

"Nowadays, two guitars is beautiful," says Anna. "I kind of wish we had done more of that, but I don't think it would've flown back then."

The siblings lived in separate cities but always came back to the family's country home in Saint-Sauveur, which they often visit today.

It was where an ailing Kate spent her last Christmas and New Year's Day.

"That was the last time she was there, and we all knew that," says Anna, getting emotional.

"Kate never left home," adds Jane. "She never left that home, in her mind and in her heart."