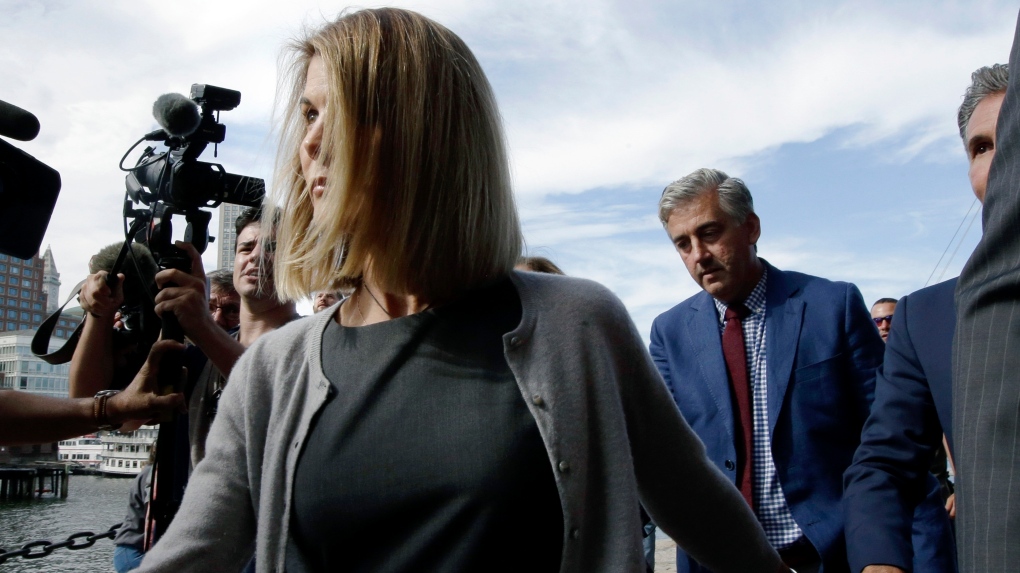 Actress Lori Loughlin and her husband, Mossimo Giannulli, have pleaded not guilty to a third charge related to the college admissions scam, according to court records.

Last month, Loughlin and Giannulli were charged with one count of bribery in a third superseding indictment. They already faced two conspiracy charges related to the sprawling scheme in which wealthy parents paid to cheat, bribe and lie to game the college admissions system for their children.

The new charge accuses Loughlin and Giannulli of bribing University of Southern California employees to get their daughters admitted. USC coaches and athletics officials allegedly designated the daughters as recruited athletes, easing their admission regardless of their athletic ability, prosecutors said.

The superseding indictment does not allege any new criminal behavior and is based on the same scheme prosecutors alleged in March.

Loughlin and her husband pleaded not guilty in April to charges of conspiracy to commit fraud and conspiracy to commit money laundering. Prosecutors say they paid US$500,000 to a fake charity to get their daughters into USC, falsely designating them as crew recruits. They face up to 45 years in prison for those charges.

The additional bribery charge carries up to five years in prison. The charge of federal programs bribery is defined as a bribe of anything valued of at least $5,000 at an organization that receives more than $10,000 from the federal government, which includes USC and other universities implicated in the scandal.

In a Friday court filing, Loughlin and Giannulli also waived their appearance at the arraignment this month, meaning they will not have to appear in court.

Loughlin and Giannulli are among 11 parents who faced the additional bribery charge filed by federal prosecutors in Massachusetts. So far, six other parents in the case have also pleaded not guilty.