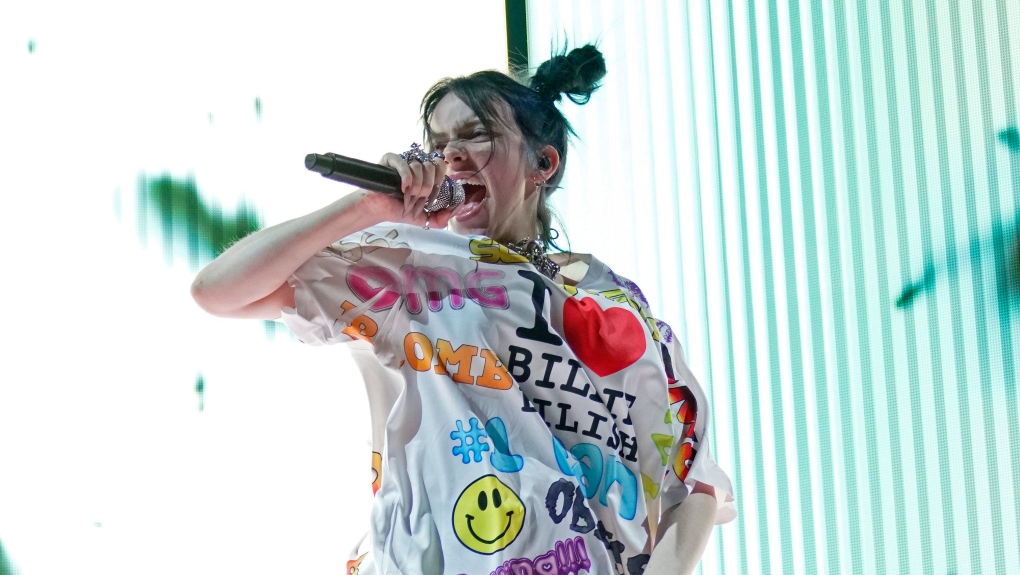 This June 9, 2019 file photo shows Billie Eilish performing during the "When We All Fall Asleep" tour in Chicago. (Photo by Rob Grabowski/Invision/AP, File)

NEW YORK -- Billie Eilish and Lizzo, both nominated for the top four prizes at the Grammy Awards, are slated to perform at the live show later this month.

The Recording Academy announced Wednesday that couple Gwen Stefani and Blake Shelton will hit the stage together at the Jan. 26 event, airing live on CBS from the Staples Center in Los Angeles. Aerosmith -- to be named 2020 MusiCares Person of the Year days before the Grammys -- will perform a medley of their hits during the awards show.

Alicia Keys will host the Grammys for a second time. Eilish and Lizzo, the leading nominee with eight, will compete for album of the year, song of the year, record of the year and best new artist.

More performers will be announced at a later date.