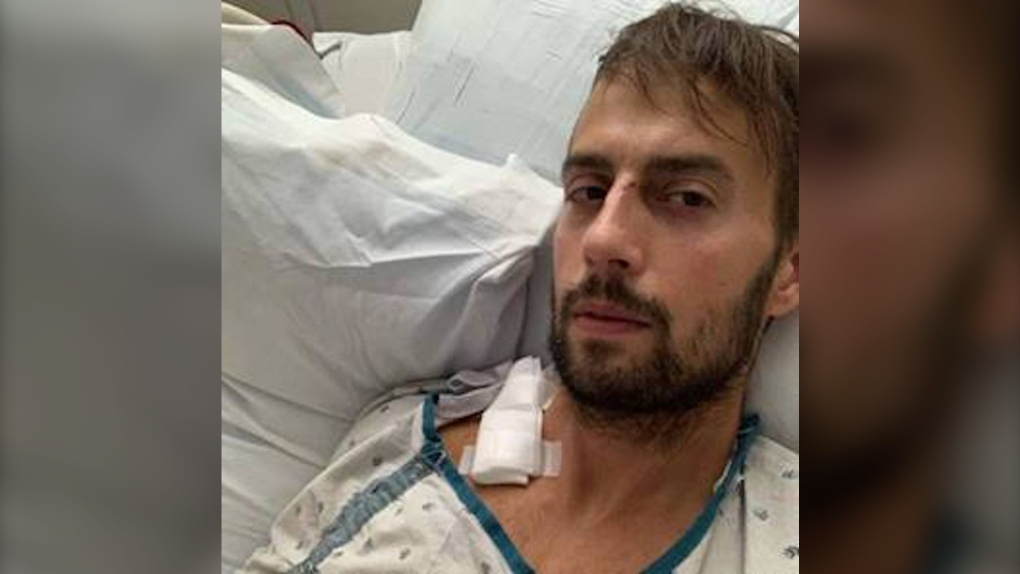 Ryan Fischer, the dog walker and friend of Lady Gaga who was shot in an altercation last week that ended with two of the singer's three French bulldogs being stolen, is speaking out publicly for the first time since the attack.

In a pair of Instagram posts Monday, Fischer said he is "still in recovery from a very close call with death," and is "humbled and grateful" for the outpouring of support since the shooting. He thanked the first responders, including neighbors who summoned help, the Los Angeles Police Department and Lady Gaga for her support.

"Your babies are back and the family is whole... we did it! You have shown so much support throughout this whole crisis to both me and my family. But your support as a friend, despite your own traumatic loss from your kids, was unwavering. I love you and thank you," Fisher wrote.

Last Friday, the two dogs violently stolen from Fischer were safely returned to the LAPD by a woman who has not been named. Lady Gaga had offered a US$500,000 for the safe return of the dogs, named Koji and Gustav.

In his posts, Fischer recounted how Asia, a third dog that wasn't taken, stayed right by his side in the moments following the shooting, "while a car sped away and blood poured from my gunshot wound." Fischer said the shaking pup curled up next to him, as his blood pooled around her.

"I will write and say more later, but the gratitude for all the love I feel from around this planet is immense and intense. I felt your healing support! Thank you.," Fischer wrote.

LAPD detectives are still searching for two men responsible for the attack.