Kanye West vows to move Yeezy manufacturing to the Americas 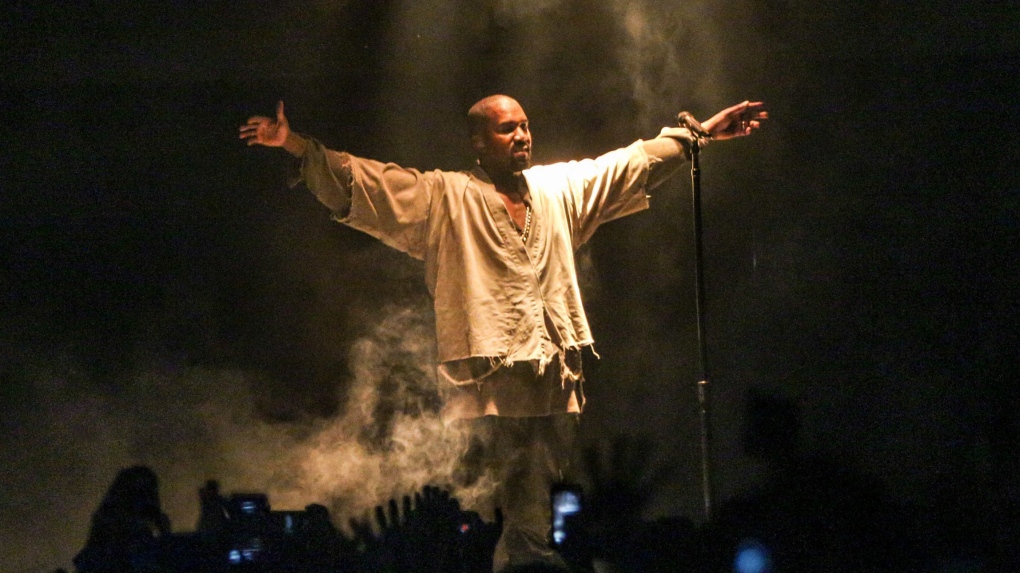 NEW YORK -- A few fun facts about Kanye West: He's running for president in 2024, he recited colour psychology to wife Kim Kardashian West as she sat in a morning bath Thursday, and he was fired at 16 for shoplifting at the Gap where he worked.

West, with Kim in tow, let loose with those pearls and more during a surprise 35-minute appearance before a crowd of about 500 at Fast Company's Innovation Festival.

Accompanied on stage by Steven Smith, lead designer of West's shoe brand Yeezy, West dug into the nuts and bolts of the fashion industry. He said he plans to make his manufacturing entirely eco-friendly, moving it all to South and North America in the next two years, including at his 4,000-acre ranch in Cody, Wyoming.

The rapper also joined his wife, Rihanna and other celebrities in calling on Texas Gov. Greg Abbott to free death row inmate Rodney Reed , based on new evidence that includes the affidavit of a fellow inmate implicating another man. Reed is scheduled for execution Nov. 20 in the abduction, rape and strangling of 19-year-old Stacey Stites in 1996.

When it comes to big ideas, West called Yeezy the "Apple of apparel," and he revisited his call for African Americans to not flock to the Democratic Party as a voting bloc and to reject the notion that they're an en masse consumer demographic.

West also broke down exactly what happened with those dome homes he was building on his sprawling property in Los Angeles, complaining that authorities went to the media to "let everyone know that you were tearing down Kanye's domes" because one was 10 feet higher than codes allowed.

In conversation with Fast Company senior writer Mark Wilson, West referenced everybody from filmmaker Wes Anderson to Leonardo Da Vinci to Jesus Christ, but the focus was mostly on fashion.

He said he plans to move the industry forward on sustainability, starting with hydroponic, cotton, wheat and hemp farming in Cody, along with searching for ways to make the dyeing process less harmful to the environment.

"Our colour is a big signature of the brand, but also dyeing is one of the main things that's impacting the planet and the fashion industry, so just being responsible from A to Z," West said.

Smith said West is not "blowing smoke" about making shoes from beginning to end in the United States. Smith displayed prototypes made Wednesday in Atlanta using, in part, algae harvested from ponds.

"We're going to bring jobs back here. We're going to make Yeezys in America. This is revolution," Smith said. "Eco-concerns are intersecting with what we do. This is just the beginning of the future that Kanye envisioned for us to start working on."