Judge upholds charges that could put Weinstein away for life 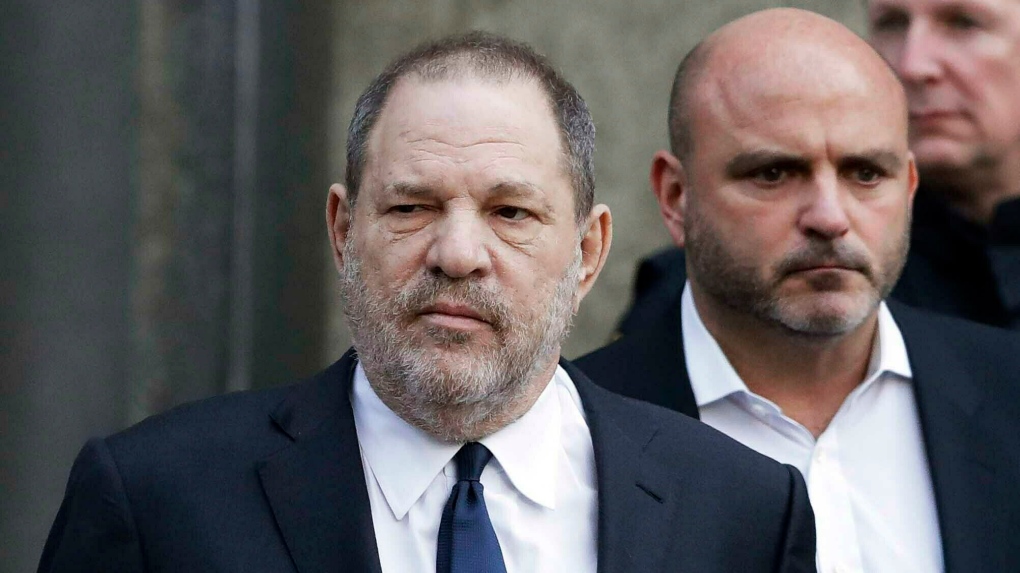 NEW YORK -- A New York judge has rejected Harvey Weinstein's bid to throw out the most serious charges in his sexual assault case, dealing a big blow to the disgraced movie mogul as he sought to limit the scope of his looming trial and any potential punishment.

The ruling made public Wednesday clears the way for prosecutors to bolster their case with testimony from actress Anabella Sciorra who says Weinstein raped her in 1993 or 1994. It also leaves open the possibility of a life sentence if he is convicted at his trial, set to begin Jan. 6.

Weinstein's spokesman said his lawyers didn't have an immediate comment.

Weinstein, 67, has pleaded not guilty to charges he raped a woman in a Manhattan hotel room in 2013 and performed a forcible sex act on a different woman in 2006. He is free on $1 million bail and maintains that any sexual activity was consensual.

In recent court filings, Weinstein's lawyers objected to two of the five counts against him -- both stemming from a charge called predatory sexual assault, which carries a maximum life sentence and requires prosecutors to show a pattern of misconduct.

Weinstein's lawyers argued those counts should be thrown out because prosecutors are choosing to use Sciorra's allegation to show he's a sexual predator who committed sex crimes against multiple women, even though that alleged attack predates the charge being enacted into law in 2006.

Burke, however, ruled that such a strategy is allowed under state law. While Sciorra's allegation is too old to be the basis for criminal charges, prosecutors can use it as part of showing a pattern of alleged predatory behaviour, Burke wrote.

Weinstein's lawyers also argued that prosecutors failed to provide enough information for him to defend himself against Sciorra's allegation. On a disclosure form, prosecutors listed the approximate date of the alleged incident as "the winter season spanning 1993-1994," and said it happened at "nighttime" in "a location in New York City."

Burke rejected that, too, saying that prosecutors have shown they made diligent efforts to narrow down the date of the alleged rape and that Weinstein's lawyers were previously provided with the specific location.

Sciorra, known for her work on "The Sopranos," alleges Weinstein forced himself inside her Manhattan apartment, threw her on the bed and raped her after she starred in a film for his movie studio.

Sciorra did not go to the authorities because she feared reprisal from Weinstein, prosecutors said. She told the story to The New Yorker in October 2017, but prosecutors said she didn't speak with them until after Weinstein's arrest in May 2018.

Burke also ruled against Weinstein on several other fronts.

The judge rejected Weinstein's claim that emails obtained with a search warrant from two movie studio accounts and one private account are privileged and can't be used as evidence at trial.

Burke denied Weinstein's demand for access to the personnel file of a police detective whose alleged witness coaching led prosecutors to drop a charge last year.

He denied the defence's request to unseal the identities of the two women whose allegations led to charges against Weinstein.

And he reiterated a previous ruling that psychiatrist Dr. Barbara Ziv can take the stand as a prosecution expert in the field of sexual assault and rape trauma syndrome.

Suburban Philadelphia prosecutors called Ziv as their first witness at Bill Cosby's April 2018 trial. She told jurors that it is common for victims to be reluctant to go to police and normal for them to maintain contact with perpetrators.

She said the use of drugs and alcohol can lead to clouded memories and prevent victims from giving a clear account of what happened to them.

In a win for Weinstein, Burke said the defence could call two experts of its own dealing in the subject of human memory.