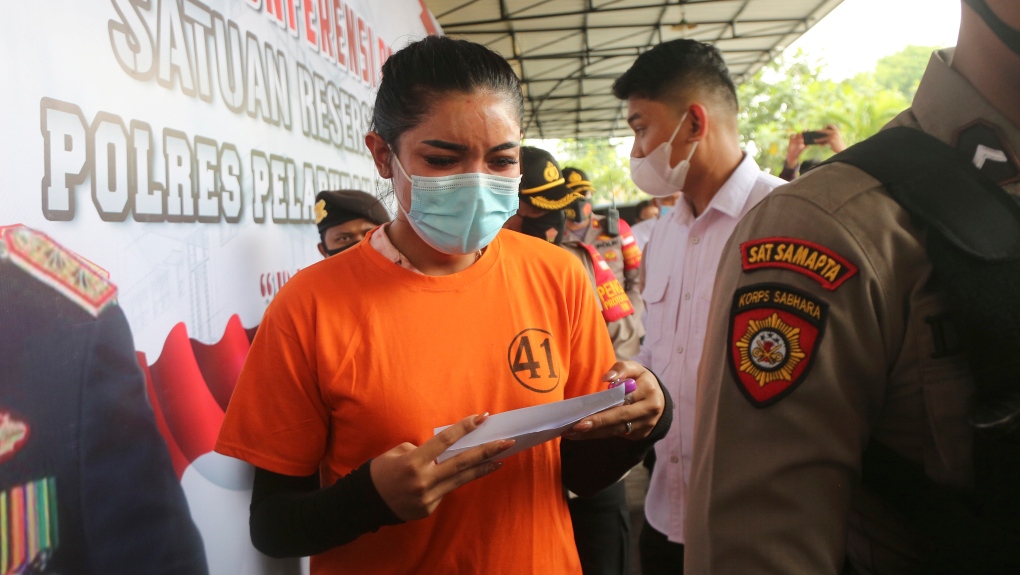 Instagram celebrity Millen Cyrus, center, is escorted by Indonesian police as she is presented to the media during a press conference in Jakarta, Indonesia, Monday, Nov. 23, 2020. (AP Photo)

JAKARTA, INDONESIA -- Indonesian police have moved a female transgender Instagram celebrity, Millen Cyrus, to a special cell following public outrage over her initial placement in a male detention cell after she was arrested as a suspect in a drug case.

Cyrus has more than 1 million followers on Instagram, and her account of her experiences as a transgender woman on YouTube has been viewed more than 6 million times.

She was arrested on Sunday in a police raid on a hotel room in which 0.36 grams of crystal methamphetamine was found.

The group Human Rights Watch welcomed the decision by police to move her to a private cell.