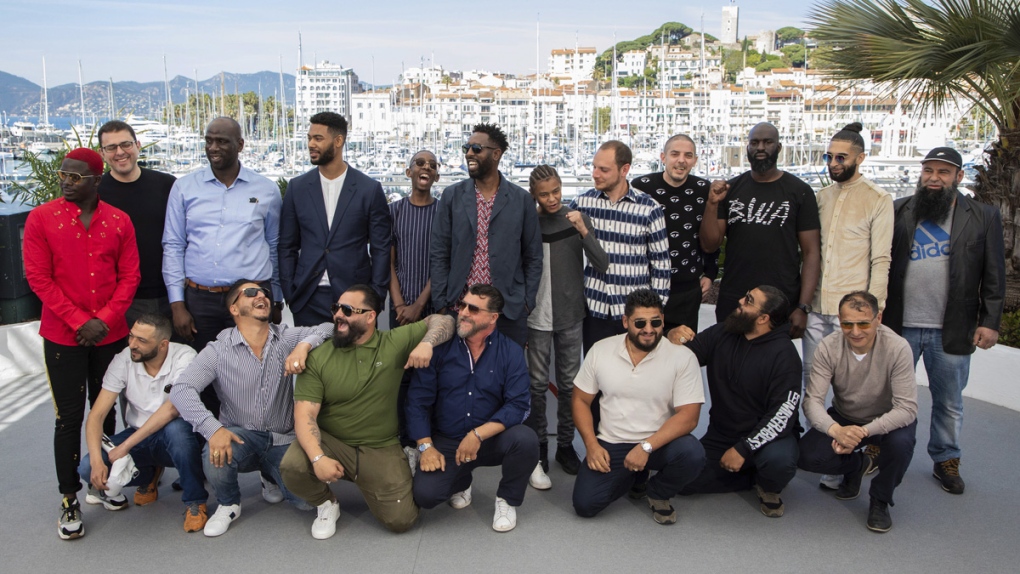 Director Ladj Ly, sixth from left, poses with cast and crew at the photo call for the film 'Les Miserables' at the 72nd international film festival, Cannes, southern France, on May 16, 2019. (Photo by Vianney Le Caer / Invision / AP)

Ladj Ly's "Les Miserables," which premiered Wednesday at the Cannes Film Festival, contains no singing or romance, but rather a tough, "The Wire"-like street-level portrait of the Parisian banlieue of Montfermeil. It's the same neighbourhood where the 37-year-old Ly grew up and still lives.

Ly says he made his movie as "an alarm bell" for the plight of kids growing up in neighbourhoods like Montfermeil.

"For the past 20 years, we've said things are not going well. We have the impression no one's listening," said Ly. "I wanted to address a message to Emmanuel Macron, the president of the Republic. It's important for him to see the film."

"For 20 years now, we have been yellow vests," he added, referencing the ongoing protests of working-class French. "We've been demanding our rights for the past 20 years. We've had to cope with police violence for over 20 years."

"Les Miserables," which is competing for the top Palme d'Or prize in Cannes, shows the Paris suburbs as a combustible powder keg, where neighbourhood gang leaders and overanxious police are in a constant dance. Much of Ly's film revolves around the young kids growing up in the housing projects.

In 2015, the Paris banlieue of Clichy-sous-Bois exploded in riots that put an international spotlight on the lives of immigrants and French-Africans in the areas surrounding Paris.

"One shouldn't forget that three-fourths of the people who live in these housing estates are French," said Ly. "Now we have the impression that there are different classifications of citizenship. But we're just French full stop, so accept us as French, full stop."

Other recent films have sought to capture the reality of the banlieues, including "La Haine" and "Dheepan," which won the Palme d'Or in 2015. "Les Miserables," Ly's feature directing debut, drew largely strong reviews in Cannes for its muscular genre work and passionate social commentary.