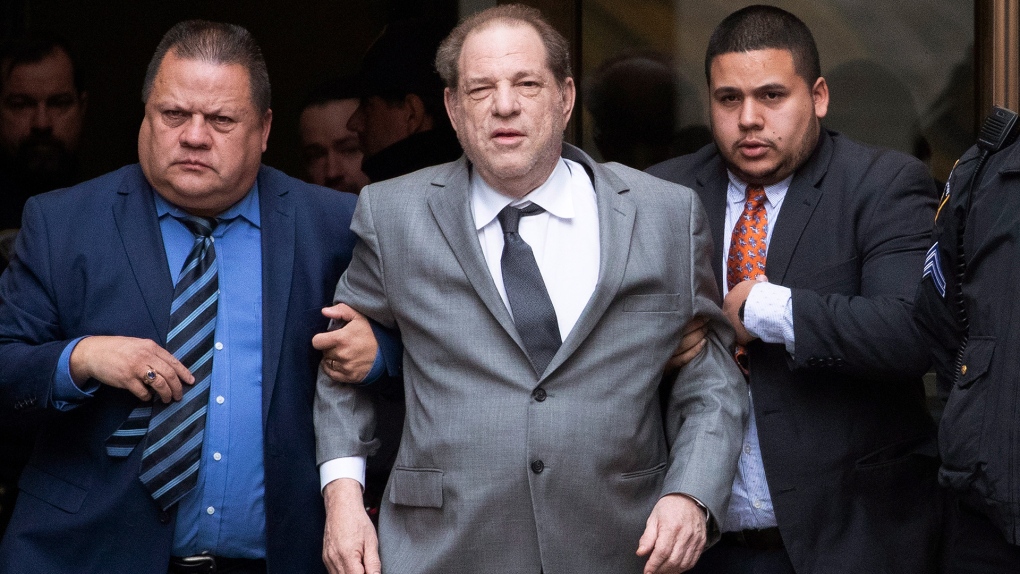 NEW YORK -- A tentative US$25 million settlement revealed Wednesday to end nearly every sexual misconduct lawsuit brought against Harvey Weinstein and his former film studio's board was praised by a plaintiff and some lawyers but criticized by others who say those who opt out are punished.

Louisette Geiss, a plaintiff in a Manhattan federal court class-action lawsuit, said the settlement was "our way to hold all women up. We are trying to create a new reality where this type of behaviour is not accepted."

In a statement, she said the lawsuit was intended as "a wake-up call for all companies that they will be held accountable if they protect predators in their midst."

"Now that The Weinstein Company is in bankruptcy and Harvey is about to stand to trial, this settlement will ensure that all survivors have the chance for recovery and can move forward without Harvey's damaging lock on their careers," Geiss said.

The New York Times first reported the deal, which was confirmed to The Associated Press by several lawyers for plaintiffs.

Attorney Thomas Giuffra said the agreement was the same deal announced several months ago but with more punitive provisions aimed at forcing holdouts to accept it.

"The most troubling aspect of this settlement is a punitive provision designed to force victims to settle," Giuffra said in a statement that included the names of several other lawyers from his firm. "Shockingly, any funds that would have been allocated to claims from the settlement fund for non-settling claimants would be turned over to Harvey and Robert Weinstein to defend against their claims in court."

"We understand that many victims have been so emotionally devastated and drained by this process that they cannot go on," he added. "But this proposed settlement does not allow for a truly voluntary choice."

Attorneys Douglas H. Wigdor and Kevin Mintzer said in a statement that they reject the notion that it was the best possible settlement, especially because it penalizes those who continue their lawsuits.

They also called it "shameful that US$12 million of the settlement is going to the lawyers for the directors who we alleged enabled Harvey Weinstein."

Other lawyers praised the deal, including Steve Berman in Seattle and Elizabeth Fegan in Chicago.

"Given the hard legal issues involved this allows for some decent justice for the victims and therefore we are pleased with the settlement," Berman said.

Fegan said the settlement helps ensure women will be compensated, particularly since Weinstein is in bankruptcy proceedings and some court rulings have resulted in the dismissal of many claims.

"Our clients have shouldered a heavy burden, fighting a battle on behalf of all survivors to create a victims' fund that will be available for every woman who was abused by Weinstein to make a confidential claim," she said.

"Harvey Weinstein stripped the survivors of everything -- dignity, dreams, careers, and money," Fegan added. "There is no amount of money that could restore what he took from the survivors. But a settlement will finally give the survivors a safe and confidential place in which to share their stories and receive the justice that the courts have withheld."

The US$25 million is part of a larger pool of US$46.7 million, with the remainder going to the Weinstein companies, general unsecured creditors and lawyers for defendants, Fegan said.

Fegan said at least 29 actresses and former Weinstein employees who had sued the movie mogul for accusations ranging from sexual misconduct to rape had agreed to the deal. She said that number included the New York attorney general's office, which also had sued.

Weinstein would avoid paying any of his own money and he would not be required to admit wrongdoing as part of the deal. Insurance companies representing the Weinstein Company would cover the settlement's cost, the Times reported.

The proposed settlement would require court approval before payouts could occur.

The settlement's terms remain uncertain. Eighteen of the alleged victims would split US$6.2 million, with no individual receiving more than US$500,000. A separate US$18.5 million would go toward those involved in a class-action case, the New York attorney general's suit and any future claimants, the Times reported.

Rebecca Goldman, chief operating officer of the Time's Up gender equality initiative, called the deal "more than a math problem -- it's a symptom of a problematic broken system that privileges powerful abusers at the expense of survivors."

Weinstein faces a Jan. 6 trial on rape and sexual assault charges. His bail was increased from US$1 million to US$5 million on Wednesday for allegedly mishandling his electronic ankle monitor.

He has pleaded not guilty to charges he raped a woman in a Manhattan hotel room in 2013 and performed a forcible sex act on a different woman in 2006.