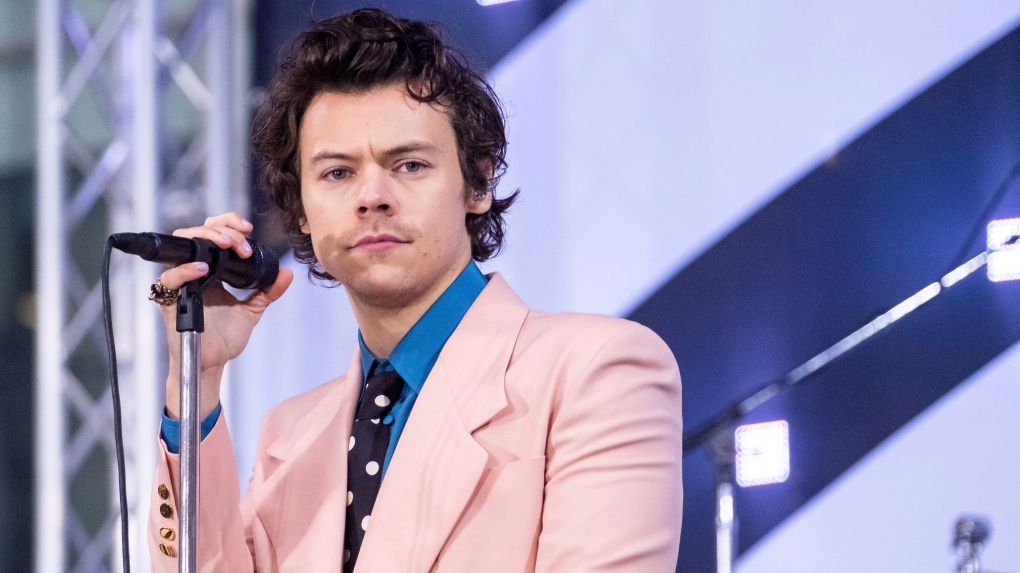 LONDON -- While most music stars are rescheduling tour dates to 2021, Harry Styles is looking farther ahead and making plans to headline his own arena -- one he's putting his money and ideas into.

Styles is one of the investors in a 350 million pound ($456.6 million) new concert venue in Manchester, England, called Co-op Live.

The project, announced Monday, teams him up with Oak View Group on what they hope will be the UK's largest arena.

"As long as everything's in order by 2023, hopefully they'll let me play there. If I haven't messed it up yet," Styles said, smiling.

After 10 years touring the globe and playing record-breaking stadiums shows with One Direction, Styles, 26, knows what he'd like from a venue, both as an artist and as an attendee.

For performers, he also wants to create great memories.

Already vetoing a suggestion of backstage jacuzzies ("bad idea"), he's concentrating on making it a standout place to play.

"What's going to make it different than just touring? I want it to be a room that people remember playing and look forward to playing."

The location was also a big pull for Styles.

He finds the idea of giving a "music city" like Manchester, a brand new, large-scale concert building, "incredibly exciting."

Styles' first job was as a paperboy for a Co-op store in Holmes Chapel, Cheshire, -- delivering newspapers for "a few quid" before school -- so working with them now feels like a full-circle moment. (Most of his paper route earnings got spent on candy, he said.)

"Maybe the first show they'll make me deliver the papers to every seat," he joked.

Styles' dad lives in Manchester. The northern English city was recently placed under strict restrictions by the U.K. government due to the number of coronavirus cases.

"It's a difficult time. Manchester is going to come back. It just will. Like everywhere, it's about people protecting each other."

The pandemic put a stop to his plans for touring to support his "Fine Line" album until December 2020.

Styles remains philosophical about this delay. His dates have been moved to 2021 and he said he's more concerned with keeping his crew and fans safe.

He's instead been able to use this time to start acting again in a "great project," the psychological thriller, "Don't Worry, Darling," directed by Olivia Wilde and starring Florence Pugh.

It's a switch from the music he said he's always writing and working on.

"You try and put so much of yourself into music and then you're trying to actively remove that from any acting," he said. "I feel incredibly lucky to be able to do two things I love doing."

While he's shooting, Styles is staying away from the social media monitoring of his hair length and instead dropping a new music video for "Golden," which was filmed in Italy.

"It's one of the first songs when I was making the album and it's always been a source of joy for me. And I wanted to make a video that encapsulated that.

"I'd like to think it will maybe cheer a couple of people up. Cheered me up," he said, grinning.