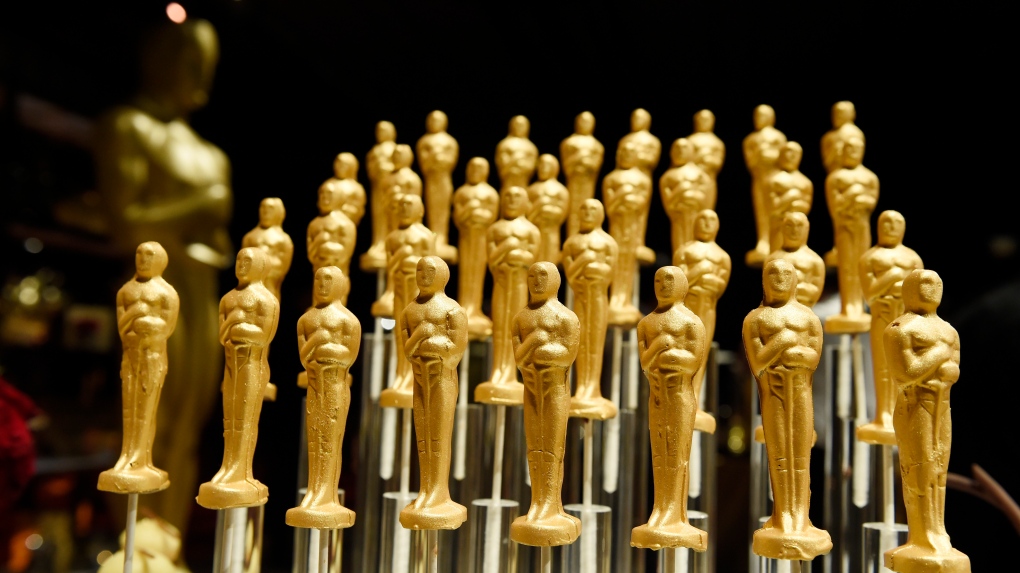 As the best Hollywood has to offer gathers for the 91st Academy Award in Los Angeles this Sunday, CTVNews.ca looks back at some golden moments from the Oscars.

The first Academy Awards ceremony was held in May 1929 and memorable Oscars moments soon followed.

But current viewers need only cast their mind back a few years to the time the wrong best picture winner was announced.

Award presenters Warren Beatty and Faye Dunaway had been given a duplicate of the best actress envelope, won by Emma Stone for “La La Land.”

Cast and crew from “La La Land” made their way on stage celebrating their win.

But within a few minutes, “La La Land” producer Jordan Horowitz announced: “I’m sorry, no, there’s been a mistake.”

The 2017 Oscars ceremony contained another blooper in the form of a photo blunder during the in memoriam segment, which remembers movie industry figures that died in the past year.

An image, intended to be of costume designer Janet Patterson, actually showed movie producer Jan Chapman, who is very much alive.

In 2014, while introducing a performance of “Let It Go” from the hit musical “Frozen,” two-time Oscar nominee John Travolta struggled to pronounce the performer’s name.

“From the Oscar-winning animated movie ‘Frozen,’ please welcome the wickedly talented, one and only, Adele Dazeem,” he said. (https://www.youtube.com/watch?v=rECG1Wlb-lA)

One year later, Idina Menzel got her sweet revenge by welcoming Travolta to the stage as her “very dear friend, Glom Gazingo.”

Comedian Ellen DeGeneres hosted the 2014 Oscars. She took what many have called the best selfie ever by herding a string of celebrities into the shot.

According to Twitter, the picture was viewed by 37 million people.

If only Bradley's arm was longer. Best photo ever. #oscars pic.twitter.com/C9U5NOtGap

Winning her first best actress Oscar for her performance in “Silver Linings Playbook,” Jennifer Lawrence turned to co-star Bradley Cooper for a hug before making her way to the stage in a billowing dress.

Two steps up to the stage she tripped, before regaining her composure and collecting her statuette.

“You guys are just standing up because you feel bad that I fell and that’s really embarrassing, but thank you,” she joked to Hollywood’s elite.

Lawrence took a tumble again the next year when she tripped on the red carpet.

Receiving a standing ovation as he approached the podium, legendary screen star Lawrence Olivier presented the best picture award in 1985.

After thanking those gathered for the warm reception, he said “I hope I won’t let the occasion down too badly.”

But instead of announcing the nominees, the English actor, then aged 77, went straight to the winner, with some murmuring from the audience.

Looking back to the 1970s, host David Niven got a surprise while introducing Elizabeth Taylor at the 46th Academy Awards.

To his amusement and roars of laughter from the audience, a streaker throwing a peace sign appeared behind Niven. Niven didn’t miss a beat.

“Fascinating to think that probably the only laugh that man will ever get in his life is by stripping off and showing his shortcomings,” he said.

The streaker was artist and gay rights activist Robert Opel, who made it backstage by pretending to be an entertainment journalist.

Its winner, Marlon Brando, declined to accept the statuette for his performance in “The Godfather.”

Instead, a woman in a traditional Apache dress rose from a seat, walked to the stage and raised one hand in silent refusal.

“He very regretfully cannot accept this very generous award. And the reasons for this is the treatment of American Indians today by the film industry,” said Sacheen Littlefeather, president of the National Native American Affirmative Image Committee.

Her speech received a mixed chorus of boos and applause.

More than half a century before the “La La Land”/”Moonlight” mix-up, Sammy Davis Jr. announced the wrong winner.

He promptly returned to the microphone to retract his announcement, telling the crowd he was given the wrong envelope.

“Wait till the NAACP (National Association for the Advancement of Colored People) hears about this,” he joked.

The correct winner was Andre Previn for “Irma la Douce.”

Naming slip-ups happened at the Oscars long before Travolta’s cringe-worthy intro in 2014.

Back in 1934, presenter Will Rogers announced the best director winner.

“I’ve watched this young man for a long time,” he said.

“Saw him come up from the bottom. It couldn’t have happened to a nicer guy. Come up and get it, Frank!”

Frank Capra, nominated for “Lady for a Day,” had almost walked to the stage when he noticed the spotlight was on Frank Lloyd, director of “Cavalcade.”

Capra slinked back to his seat calling it “the longest, saddest, most shattering walk in my life.”

In an upset, 'Green Book' wins best picture at Oscars

Backstage at the Oscars: Sing-a-longs and Champagne for Gaga

Oscar winners and losers party with champagne and statuettes

Close but it's Olivia Colman for best actress at Oscars

Triumph and disappointment for Spike Lee at Oscars

A list of winners at the 91st Academy Awards

Regina King wins Oscar for 'If Beale Street Could Talk'