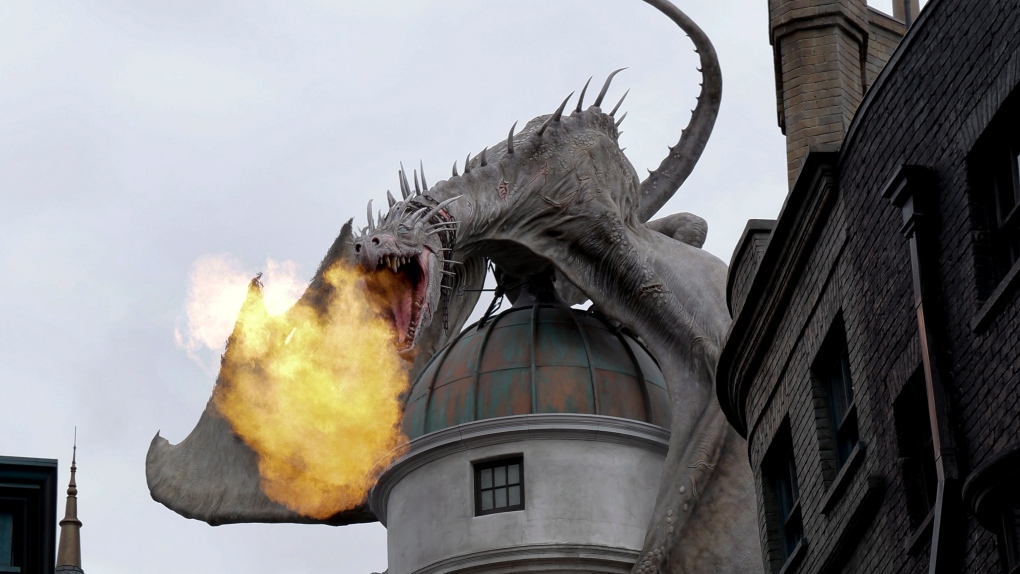 This June 19, 2014 file photo shows a dragon breathing fire from atop Gringnotts Bank during a preview of Diagon Alley at the Wizarding World of Harry Potter at Universal Orlando, in Orlando, Fla. (AP Photo/John Raoux, File)

Hagrid's Magical Creatures Motorbike Adventure opened on Thursday at the resort's Islands of Adventure park. The wait to get on the ride was more than five hours, and even hours longer at some points in the day.

One of those early-arriving fans was Tyler Britt who lives on Florida's Space Coast. He tells the Orlando Sentinel the ride is "amazing."

The ride opened late on Friday morning due to its popularity the day before. The ride operated past midnight due to the number of people waiting in line. Universal officials say the late opening on Friday allowed for proper maintenance.