Fall movie preview: Bong Joon Ho and 'Parasite' are coming for you 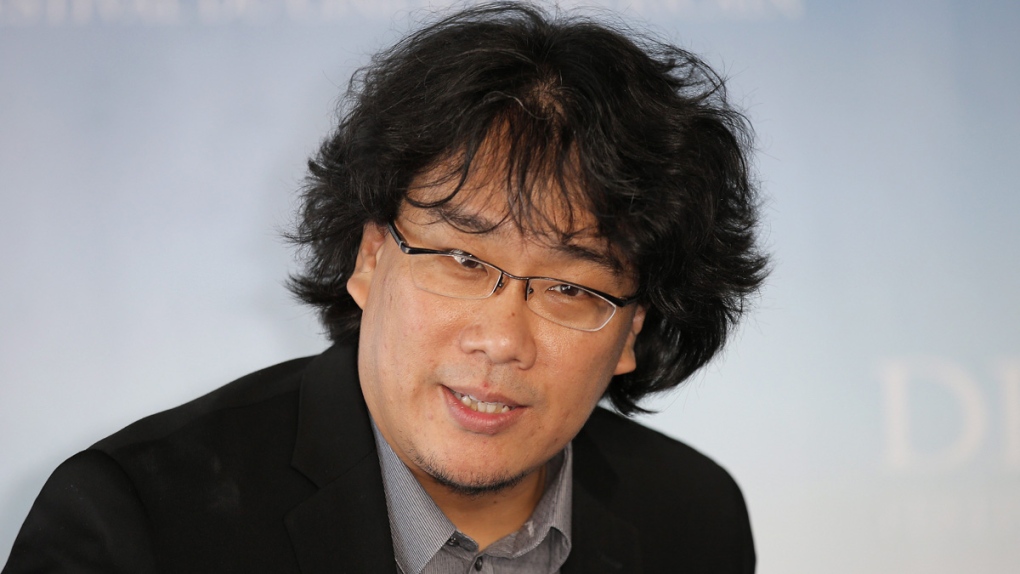 NEW YORK -- Bong Joon Ho's "Parasite" may be the only film this fall that's already an award-winner and a box-office smash.

"Parasite" will arrive in U.S. theatres Oct. 11 after having already amassed $70.9 million in Bong's native South Korea, where the film notched one of the country's best opening weekends ever. In May, "Parasite" won the Palme d'Or at the Cannes Film Festival, a first for a Korean film.

"When I wake up and see the Palme d'Or trophy, it's very curious and strange," says the 49-year-old director, speaking by phone from Seoul.

But for most, there was nothing odd about Bong's win. "Parasite," a class satire about two families -- one of poor hustlers living in a subterranean dwelling subsisting on their wits and stolen Wi-Fi, the other wealthy and residing in a stylish modern mansion -- has been roundly hailed as a masterpiece and, perhaps, a culmination of Bong's already illustrious career as a filmmaker of mischievous genre subversions, warm-hearted earnestness and stylistic daring.

Those qualities may sound almost contradictory but that's exactly the kind of head-spinning amalgamation you get in a Bong Joon Ho movie. They -- and in particular "Parasite" -- balance humour and horror, satire and sincerity with a magical ease. You never see anything coming. You might even giggle at his cunning. You'll laugh as he devours you.

"I try to be a like a parasite. I try to burrow and dig into the audience's minds," Bong says. "I love the feeling of infiltrating into the audience without them knowing. Instead of showing-off that I'm breaking the rules of genre, I want to creep into them quietly without making any blood so that they don't realize that I'm inside them."

That mastery of audiences, combined with a childlike sense of wonder and an ecstatic imagination (Bong's previous film, "Okja," featured glorious "super pigs") has made Bong one of the few filmmakers who live up to the label of "Spielbergian." His ardent supporters include Tilda Swinton, Jake Gyllenhaal and Quentin Tarantino, who attended the Cannes premiere of "Parasite." His devoted fans have adopted the proud moniker of the Bong Hive.

And for the Bong Hive, times are good. "Parasite" is poised to be that rare thing: a foreign language movie capable of drawing big crowds in theatres and contending at the Academy Awards. (South Korea has already made it its foreign language film submission.)

"We have huge ambitions for the film," says Tom Quinn, founder and chief executive of Neon, which will distribute "Parasite" in the U.S. "We think it's a multiple-category contender in this year's Oscars race."

Such a release might give Bong the kind of moment with American moviegoers that he hasn't exactly been missing, but has thus far often been marred by distraction.

His English-language debut "Snowpiercer," while it eventually emerged as an art-house hit, was tarnished by the attempted meddling of producer Harvey Weinstein. Bong was able to ultimately rebuff Weinstein's efforts to cut 20 minutes and add monologues, but it damaged the movie's release, which was ultimately overseen cut-free by Quinn's Radius label.

"Okja" (2017), Bong's biggest budget film at $57 million, became enveloped in controversy as a Netflix release in Cannes, a festival that has since outlawed movies without a theatrical release from its main competition. And, besides, Bong is best experienced on the big screen.

"He's a spectacular visionary but he's also a humanist," says Quinn. "It's a magic trick. You keep sticking your hand in the hat and out comes another rabbit. It continues to unfold in a way that is so unexpected."

Since his 2006 breakthrough "The Host" (a delirious hybrid of a monster movie and family drama) Bong has long been sought after by Hollywood with offers he's regularly dismissed. He's written all seven of the movies he's directed.

"Especially after 'The Host,' with my previous agency, there were many proposals about directing films of that kind, even superhero films," says Bong. "Don't get me wrong. There are many great superhero films. I have respect for them. But I guess it's a personal paranoia. Superheros always wear a clingy spandex. I can't stand to be in skin-tight clothes. Watching them is even suffocating to me, so I don't think I can direct one."

Bong first came up with the idea of "Parasite" in 2013, initially imagining it as a play with the stage divided between the two houses. He drew partly on his experience as a college student teaching private lessons for the middle school boy of a rich family. (Bong didn't have to con his way into the job, as seen in "Parasite." But he only lasted three months.)

It's also a personal film for Bong because he connects it with his late mentor, director Kim Ki-young. Kim was a kind of godfather to the filmmakers of the New Korean Cinema of the 2000s; his 1960 film "The Housemaid," considered one of the great Korean films, also dealt with class and centred on a two-story house. (Bong also cites what he calls his favourite crime movie, Claude Chabrol's "The Ceremony" and the 1963 British classic "The Servant" as "Parasite" inspirations.)

"Parasite" completes a kind of accidental trilogy for Bong of capitalism satires. "Snowpiercer" was a high-speed science-fiction parable about the lower-class section of a train carrying all of humanity rebelling against the train's upper-class in the front. "Okja" depicted a duplicitous global food corporation. In "Parasite," Bong wanted to contemplate the divisions between haves and haves-not more intimately, at home.

"For a creative mind, it's natural to make their art about the time that they're living in," says Bong. "We kind of deny that capitalism is such a big part of our time."