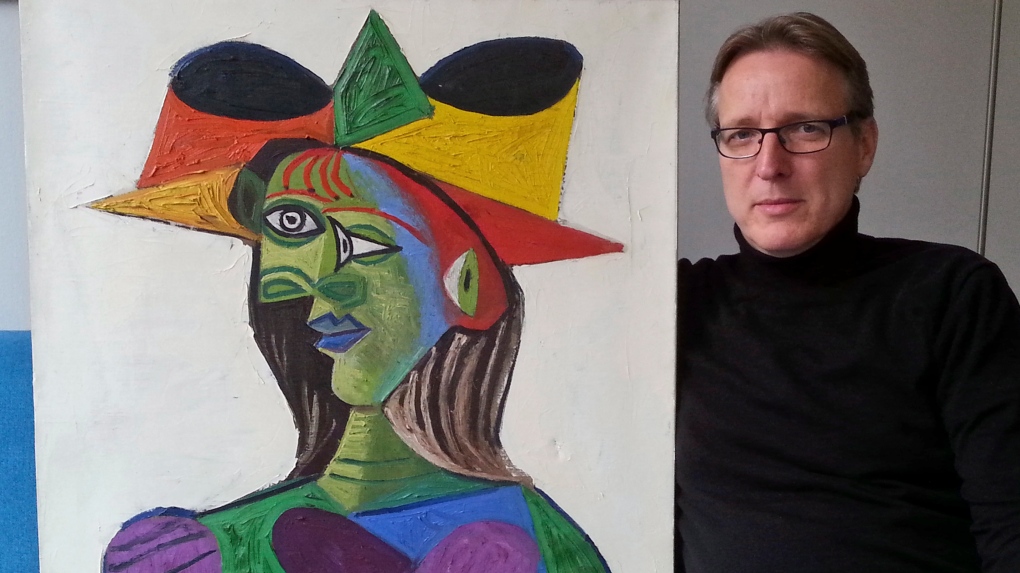 AMSTERDAM -- A Dutch art detective said Tuesday that he has recovered a valuable painting by Pablo Picasso 20 years after it was stolen from a wealthy Saudi's yacht in France.

Arthur Brand told The Associated Press that he took possession two weeks ago of the 1938 painting "Buste de Femme" after trailing it for years in Amsterdam.

Brand, a renowned sleuth whose previous finds include a pair of bronze horses sculpted for Adolf Hitler, has since handed over the painting, which he estimates to be worth around 25 million euros ($28 million), to an insurance company. It wasn't immediately clear what would happen to the painting.

Brand said he knew it was the real thing as soon as he got his hands on it and peeled away two plastic bags covering the canvas.

"You know it's a Picasso because there is some magic coming off it," he said.

But that wasn't the only reason he was convinced of its authenticity.

In cases of stolen art, he said, the back of a painting can tell experts more than the front.

He said that since the theft from a yacht moored in the swanky French Riviera port of Antibes, a number of forgeries had been offered to insurers and rejected.

"But a forger never knows how the back looks," Brand said, without specifying what was there. "When I saw the back of the painting, I knew it was the real one."

Brand began his latest hunt after hearing rumours about a Picasso stolen from a boat.

"Finally, I tracked somebody down who had had it in his possession 10 years ago and he told me which one it was," he said. "And then it still took me three years to get near it."

Brand said the painting had circulated in the criminal underworld of the Dutch capital.

"It was used as some kind of money as payment for drug and arm deals," he said.

Eventually a person who had the painting in their possession decided to turn it in and reached out to Brand.

Martin Finkelnberg, head of the Dutch national police's art and antique criminality team, welcomed the recovery. No arrests have been made.

Finkelnberg told Dutch national daily De Volkskrant that having such a painting can be a burden and taking it to Brand is a way out.

"Done. Everybody happy," Finkelnberg said. "The most important thing is that the artwork is back."