Cineplex to keep its theatres doors closed for the foreseeable future 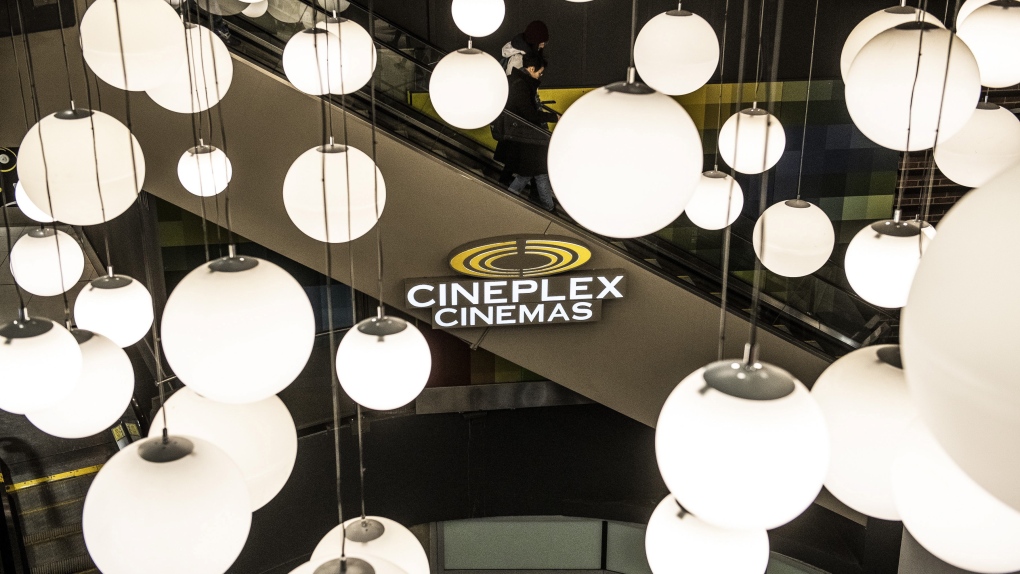 TORONTO -- Canada's largest movie exhibitor will keep its doors closed nationwide into the foreseeable future amid the COVID-19 pandemic.

After initially setting an April 2 timeline to consider reopening 165 theatres across the chain, a representative for Cineplex Inc. told The Canadian Press the company will instead turn to government and public health authorities for any further guidance on when it's safe to reopen.

The decision comes as provinces enact their own mandatory closures of non-essential business under varying or uncertain timelines.

Cineplex represents about 75 per cent of the Canadian film exhibitor market across the country.

The company is also dealing with other factors out of its control, including a dearth of potential blockbusters from Hollywood studios into the late summer and a lingering takeover that's now in question.

Over the past few weeks, most major films have been pulled from the lucrative summer movie season. Among the changes, Sony bumped "Ghostbusters: Afterlife" to next March while Disney pulled Marvel blockbuster "Black Widow" from the schedule without setting a new release date.

That puts Cineplex in a tough spot in the midst of a $2.8-billion acquisition by Cineworld PLC, which is still subject to various conditions, including Investment Canada Act approval, that must be met by June 30.

Cineplex acknowledged in mid-March that certain conditions of the acquisition still haven't been reached, and that COVID-19 and government responses have made "business planning uncertain for the exhibition and location-based entertainment industries."

One of the takeover conditions is that Cineplex keeps its debt below $725 million, a challenge that could prove difficult as it continues to pay rent, staff and various other operational expenses amid the closures.

"Cineplex will continue to take our lead from government and public health authorities, and we will reopen our theatres and entertainment venues across Canada when they tell us it is safe to do so," said Cineplex spokeswoman Sarah Van Lange in a statement.

Cineplex also operates entertainment complexes the Rec Room and Playdium which it closed on March 16 along with its theatres.