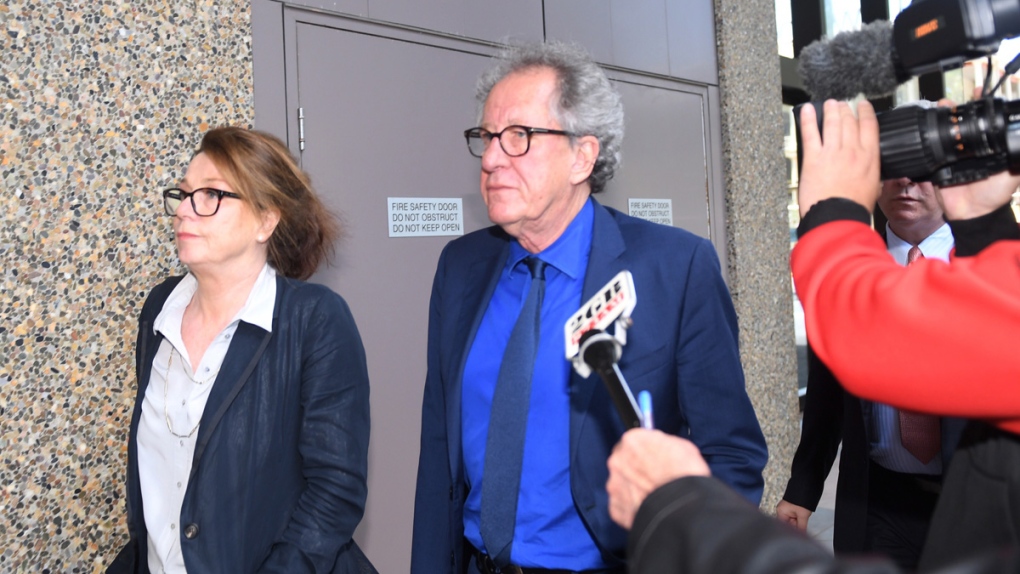 Three Federal Court judges ruled that articles published by Sydney's The Daily Telegraph newspaper in 2017 conveyed the imputation that Rush was a pervert and that the trial judge had correctly included the actor's loss of earnings in calculating damages.

The Australian actor, who turns 69 on July 6, did not attend the Sydney court to hear the verdict.

News Corp.-owned Nationwide News appealed trial judge Michael Wigney's ruling last year that Rush was defamed by newspaper reports saying he had been accused of inappropriate behaviour by actor Eryn Jean Norvill. She played the daughter of Rush's starring character in a Sydney theatre production of "King Lear" in 2015 and 2016.

The publisher also appealed against the amount of Rush's payout, including almost AU$2 million for past and future economic loss, for two articles published in the newspaper and a billboard poster that Wigney found portrayed him untruly as a pervert and a sexual predator.

David English, the newspaper's editor, said he was disappointed by the appeals court ruling that highlighted the need for Australia to change its defamation laws.

"The Rush case exposes the inadequacies of Australia's defamation laws and heightens the need for urgent legislative reform to enable public debate and to encourage women to come forward with their concerns," English said in a statement.

"We will continue to report on the issues such as these which are of great concern to the Australian public," he added.

Rush's lawyer did not immediately respond to a request for comment.

The publisher's lawyer Tom Blackburn told the two-day appeal hearing that the trial judge "cobbled together" speculation and inference to find Rush was unable to work because of his state of mind following the publications and had fewer job offers since then.

'The King's Speech' actor's lawyer Bret Walker replied that Rush testified about the devastating effects the publications had on his mental state while other evidence heard during the trial supported conclusions that he was unable to work and had fewer job offers.