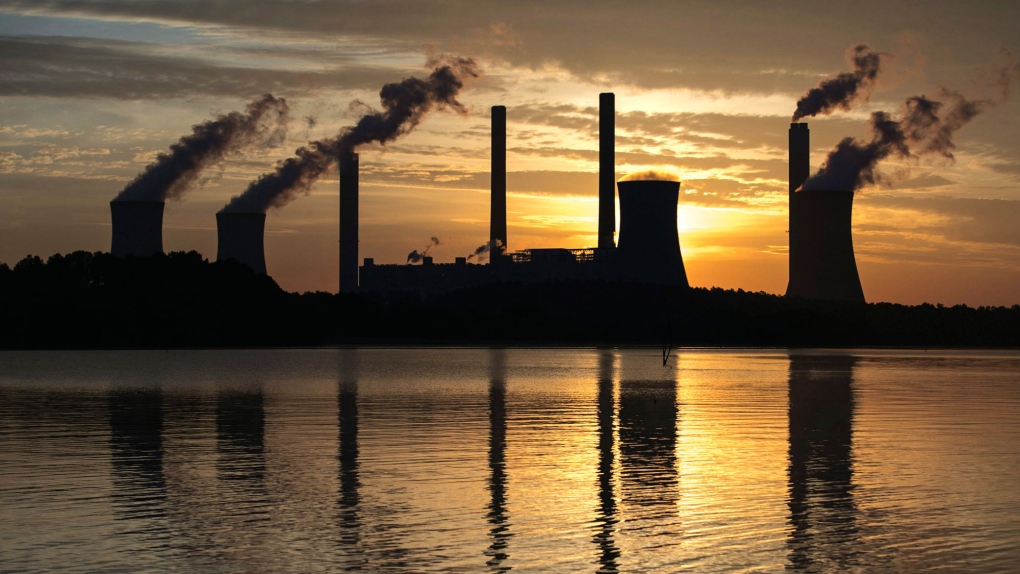 Global emissions of heat-trapping gases fell dramatically last year as the pandemic forced much of the world to a halt. But new data has shown they are bouncing back -- fast.

Lockdown measures to contain the spread of the coronavirus caused a 7% drop in CO2 emissions over the course of 2020 -- the biggest drop ever recorded -- a study published Wednesday in the scientific journal Nature Climate Change estimates.

But its authors warn that unless governments prioritize green investment in their attempts to boost their struggling economies, the world is going to see a strong rebound in emissions -- with potentially catastrophic consequences.

Corinne Le Quéré, one of the authors of the study and a professor of climate change science at the University of East Anglia, said the big, pandemic-induced drop in emissions in April was short-lived.

Once lockdowns started to lift, emissions bounced back strongly.

"Because nothing has changed around us," she said. "The confinement measures are a forced behaviour change, they are not lasting."

And while the world's battle with COVID-19 is far from over, emissions have already recovered.

New data from the International Energy Agency (IEA) published on Tuesday showed global energy-related emissions were actually 2% higher in December 2020 than they were in the same month a year earlier -- and that was despite parts of the world still experiencing lockdowns.

Fatih Birol, the IEA's executive director, said the rebound in carbon emissions was "a stark warning that not enough is being done to accelerate clean energy transitions worldwide."

"If governments don't move quickly with the right energy policies, this could put at risk the world's historic opportunity to make 2019 the definitive peak in global emissions," he said in a statement.

The burning of fossil fuels in cars, planes and power plants -- as well as through other human activities -- releases CO2 into the atmosphere, where it accumulates like a blanket and traps in radiation that would otherwise escape into space. This causes temperatures on Earth to rise, which is linked to more extreme weather, ice melt and a rise in sea levels. And the more carbon emitted into the atmosphere, the more the planet will warm.

Under the 2015 Paris Climate Accord, the majority of the world's governments agreed to try to limit global warming to below 2 degrees Celsius and as close as possible to 1.5 degrees above pre-industrial levels.

According to the United Nations' Intergovernmental Panel on Climate Change, global CO2 emissions must drop by about 45% from 2010 levels by 2030 and reach net zero by 2050 for the world to have a chance to hold warming to 1.5 degrees Celsius. To achieve this, the world needs to reduce emissions by between 1 gigaton and 2 gigatons each year between now and 2030.

Those drops are similar in size to the one seen last year: Le Quéré and her co-authors estimate global emissions fell by 2.6 gigatons in 2020 to 34 gigatons -- but this drop was temporary and came at a huge cost to the economy.

They key going forward is to figure out how to achieve such significant drops without hurting the economy. To do that, the authors say investment in renewable energy and a green recovery is vital.

"It's a crucial year for tackling climate change, not only because we're already in 2021, but in addition, we're doing all these post-COVID investments and if they go to the wrong place, it could really lock us into a very fossil (fuel)-intense trajectory, whereas if we put them in the right place, it could bend the emissions curve," Le Quéré said.

She added that while many countries have adopted ambitious goals of cutting emissions to net zero by 2050 or 2060, what's lacking are many details on how they plan to get there.

Despite the pledges, there's growing evidence that the world's governments are not taking sufficient action.

According to the Greenness of Stimulus Index, which was developed by the economic consulting group Vivid Economics and tracks G20 countries' economic plans, the vast majority of the money committed to the post-COVID recovery is going into projects that are either outright bad for the climate or neutral, at best.

The group found that of the total stimulus of US$14.9 trillion injected so far, only $1.8 trillion has gone into green projects, while $4.6 trillion has gone directly into sectors that have "a large and lasting impact on carbon emissions and nature."

The new IEA data also backs up the idea that much of the recovery is being fuelled by polluting sectors and that, in some cases, the emissions reductions seen in the first half of 2020 were more than made up for by dramatic increases later on.

China, the world's biggest emitter of greenhouse gases, saw a 12% drop in emissions in February 2020, compared with the same month in 2019, according to the IEA.

But emissions bounced back quickly after the country's economy returned to growth in April 2020, and for the rest of the year, monthly emissions were on average 5% higher compared with 2019 levels. This rebound meant that despite the big drop in February, emissions in China actually rose by 0.8% for the whole of 2020.

"China is so big, well over a quarter of global emissions, so whatever happens in China leaves a big fingerprint on the global total," said Glen Peters, research director at the CICERO Center for International Climate Research.

Peters said the strong rebound in emissions shows how challenging it will be for China to reach its goal of becoming carbon neutral by 2060. "That's quite ambitious for China given its heavy dependence on coal," he said.

China isn't the only trouble spot. Emissions in India were back above 2019 levels from September 2020 onward. In Brazil, they surpassed the 2019 levels throughout the final quarter, the IEA data shows.

And while emissions in the United States fell by 10% in 2020 overall, they started to bounce back later in the year. In December, U.S. emissions were approaching the level seen in the same month a year earlier, the IEA said.