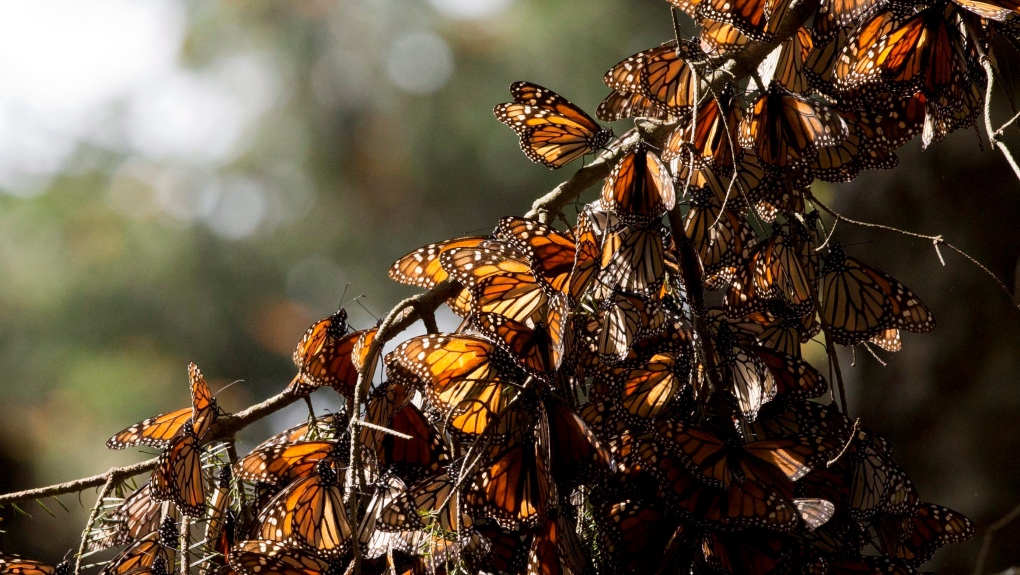 In this Jan. 4, 2015, file photo, a kaleidoscope of Monarch butterflies hang from a tree branch, in the Piedra Herrada sanctuary, near Valle de Bravo, Mexico. (AP Photo/Rebecca Blackwell, File)

EL ROSARIO, MEXICO -- The population of monarch butterflies that arrived in Mexico's forests to hibernate this winter fell 26 per cent from a year earlier, the country's Commission for National Protected Areas and the World Wildlife Fund (WWF) said on Thursday.

Millions of orange and black monarch butterflies migrate to Mexico on a 3,220-km journey each year from Canada across North America.

But the butterflies occupied only 2.1 hectares in December 2020, compared with 2.8 hectares the previous winter season, the conservationist group WWF said in a statement.

Climate change had a "considerable impact" on the butterflies' migration pattern, as well as the reduction in their milkweed breeding habitant in the United States, the WWF said.

Mexico's western state of Michoacan is home to the country's largest monarch butterfly reserve, typically a major tourist attraction. Visitors to the reserve have plummeted during the pandemic, sanctuary officials said.