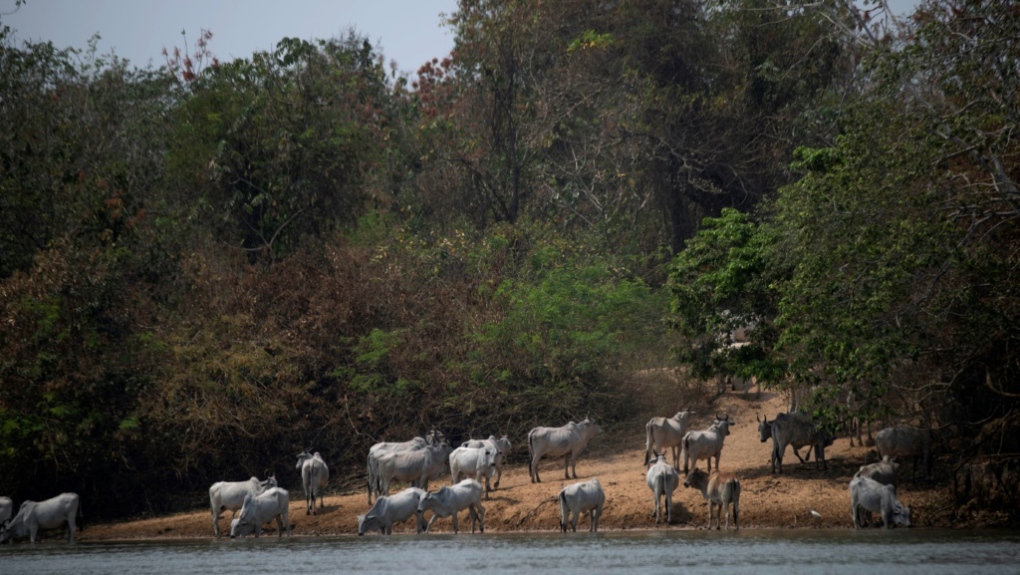 Earthsight claimed the automakers buy leather sourced from cattle ranching on illegally razed land in a part of Paraguay that is home to one of the world's last uncontacted tribes. (AFP)

LONDON -- Some of Europe's biggest car giants including BMW and Jaguar Land Rover use leather linked to deforestation in South America, threatening the most vulnerable tribes, environmental campaigners Earthsight claimed on Wednesday.

The non-profit organization said the automakers buy leather for vehicle interiors initially sourced from cattle ranching on illegally razed land in a part of Paraguay that is home to one of the world's last tribes with no contact with outsiders.

The London-based group said the leather from the Paraguayan Gran Chaco, a region rich in biodiversitythat is home to jaguars and giant anteaters, enters the auto industry supply chains via Italian tanneries.

"Our investigation highlights the urgent need for EU and U.K. legislation mandating car companies and other industries to conduct proper due diligence," Earthsight said in a lengthy report titled "Grand Theft Chaco".

However, it alleged that trade groups linked to the automotive industry have lobbied the European Union and German governments to water down or scrap proposed new laws to require companies to clean up their supply chains.

"If they are to avoid being branded hypocrites, the car giants must now come out in public support of meaningful regulations," Earthsight added.

"If they don't, it is essential European lawmakers stand firm against lobbying to the contrary."

Earthsight's investigation identified cattle ranches that have illegally cleared forest inhabited by the Ayoreo Totobiegosode, said to be the only Indigenous people living in voluntary isolation in the Americas outside the Amazon rainforest.

During undercover visits, it found Paraguayan tanneries that supply Italian counterparts bragging that they provide leather for a number of famous cars, including BMW models and the Range Rover Evoque.

BMW told the NGO it had "no information" that its Latin American leather supply chains were "affected by the problems presented" but that it was "exploring options for extending traceability systems further".

It added in a statement that it had investigated the possible violations and been assured all company standards had been met, but was seeking further detailed information from Earthsight.

The firm, which owns the Mini and Rolls Royce brands, added that its "medium-term strategy" is to phase out leather from the region altogether.

Jaguar Land Rover, which noted that its leather suppliers are based in mainland Europe and Scotland but sources hide from all over the world, said it took immediate action to investigate.

"We tracked the supply chain that Earthsight references and we have not as yet found evidence to verify that we have been supplied with hide from an illegally cleared area," it added.

"We continue our drive for further transparency."

Earthsight said it was easiest to trace the leather being used by BMW because the German automaker had shown "more concern over the source of their leather than most of their competitors".

But the NGO found no car firm was able to trace all of its leather back to ranches, which it said was essential if links to human rights and environmental abuses are to be avoided.