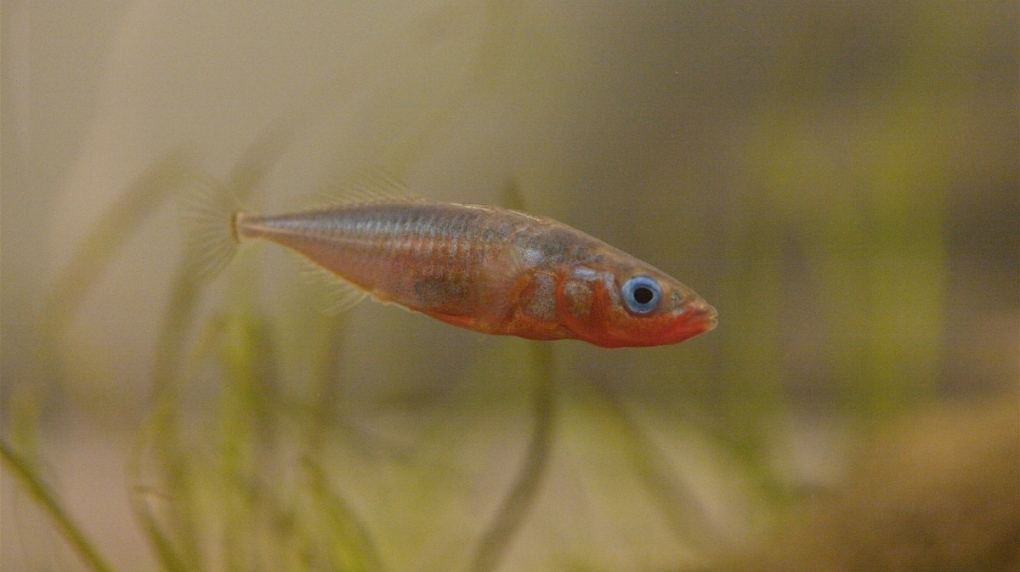 The threespine stickleback ideal candidates for studying natural selection in action, researchers say, as they live in both freshwater and seawater under a varying range of climates. (Rowan Barrett/McGill University)

TORONTO -- Canadian researchers have observed how a species of fish evolves adapts to extreme environmental changes in real time, and say that their work might be key to understanding how species might be able to adapt to as the effects of climate change continue to increase in severity,

As described in a study published in March, researchers from McGill University looked at six populations of threespine stickleback, a species of fish that is found in California, and sought out to observe natural selection happen in real-time. Using genome sequencing, they measured genetic changes in the populations as they were exposed to different environments.

“The modern version of Darwin's idea of evolution by natural selection posits that organisms with genes that favour survival and reproduction will tend to leave more offspring than their peers, causing the genes to increase in frequency over generations. As a result, populations become adapted or better-suited to their environments over time,” said Rowan Barrett, a biology professor who led the research team, in a news release on Thursday.

The fish species that were the subject of the study are ideal candidates for studying natural selection in action, researchers say, as they live in both freshwater and seawater under a varying range of climates.

Such evolutionary changes in species have typically only been studied retroactively. Barrett's team sought out to observe these adaptations in real time.

The populations of threespine stickleback that were part of the study live in bar-built estuaries, which are pools of ocean water isolated from the rest of the ocean by sandbar formation, and experience "repeated bouts of strong and abrupt temporal changes driven by wet winters and dry summers."

As seasonal fluctuations in the environmental conditions affected the salinity of the estuaries, researchers observed changes in the populations' genes that deal with genes that relate to osmoregulation, a process that fish use to control salt concentrations.

Within just a single season, researchers saw that these genetic changes in the fish populations mirror the genetic differences between freshwater and seawater threespine stickleback.

"The findings are important because they suggest that we may be able to use the genetic differences that evolved in the past as a way to predict how populations may adapt to environmental stressors like climate change in the future” said study co-author Alan Garcia-Elfring in a news release.​