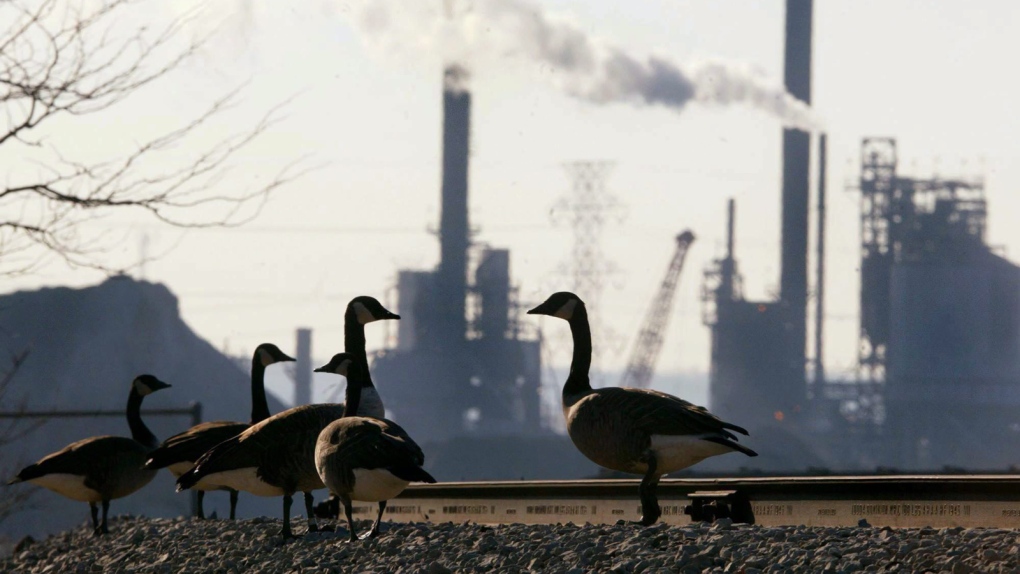 OTTAWA -- Despite a report showing Canada's greenhouse gas emissions rose in 2019, the federal environment minister says the country is right where it needs to be to start seeing them fall.

The national inventory report filed each April to the United Nations Framework Convention on Climate Change says in 2019, the country's emissions were 730 million tonnes of carbon dioxide and its equivalents.

Once in the atmosphere carbon dioxide and other greenhouse gases trap heat, which causes climate change.

The 2019 report shows Canada emitted about one million tonnes more of these gases than the previous year.

The latest findings show its emissions levels to be closer to where they were in 2005 compared to where the government has promised they will be by 2030.

By that year, Canada has a target to reduce greenhouse gas emissions to 511 million tonnes, or 30 per cent below 2005 levels.

"What it tells us is we actually are very much on track to exceeding this current target. Of course we need to do more going forward," Jonathan Wilkinson said Monday.

Among the policies his department credits for resulting in lower than forecasted emissions was a national carbon price.

Ottawa imposed a fuel charge on Saskatchewan, Manitoba, Ontario and New Brunswick in April 2019, after it said a sufficient standard wasn't included in the plans developed by each province.

New Brunswick eventually submitted its own scheme, which Ottawa approved, while Alberta became subject to the federal price after getting rid of its own.

Wilkinson said Monday that many of the federal emissions-reduction measures come into place progressively, such as the carbon tax.

Wilkinson said regulations around methane and a clean fuel standard are also only starting to take hold.

"We've seen good progress and we've seen progress in line with what we told Canadians they should see."

The Conservatives said the report shows that the Liberals' carbon price isn't working.

"An Erin O'Toole government will ensure we have a serious plan to reduce emissions, building on our nation's innovation, not on the backs of Canadians."

The NDP critic for environment and climate change, Laurel Collins, said the Liberals continue to claim they're "on track," but emissions have gone up every year on their watch.

"The COVID-19 pandemic has shown us just how crises can quickly spin out of control and how being prepared ahead of the time is the best way to fight it," she said in a statement.

"That's why it's so unbelievable that the Liberal government is deliberately putting its head in the sand about the climate crisis."

The government needs to stop providing subsidies to the oil and gas industry and invest in a transition for workers, while making investments in green infrastructure, transit and zero emissions vehicles that will create jobs, Collins added.

The national inventory report submitted to the UN has a two-year lag. Wilkinson said the 2022 study, which will focus on emissions in 2020, should show a decline.

He acknowledged part of that will no doubt be from the COVID-19 pandemic, during which millions of Canadians have stayed home instead of driving to work or travelling.

"We believe, just in absolute terms, taking out the effects of the pandemic, you're going to see an absolute reduction next year and every year thereafter," said Wilkinson.

Canada presented an updated climate plan last December that it promises to reduce emissions even further, and put the country on a path to reach net-zero emissions by 2050.