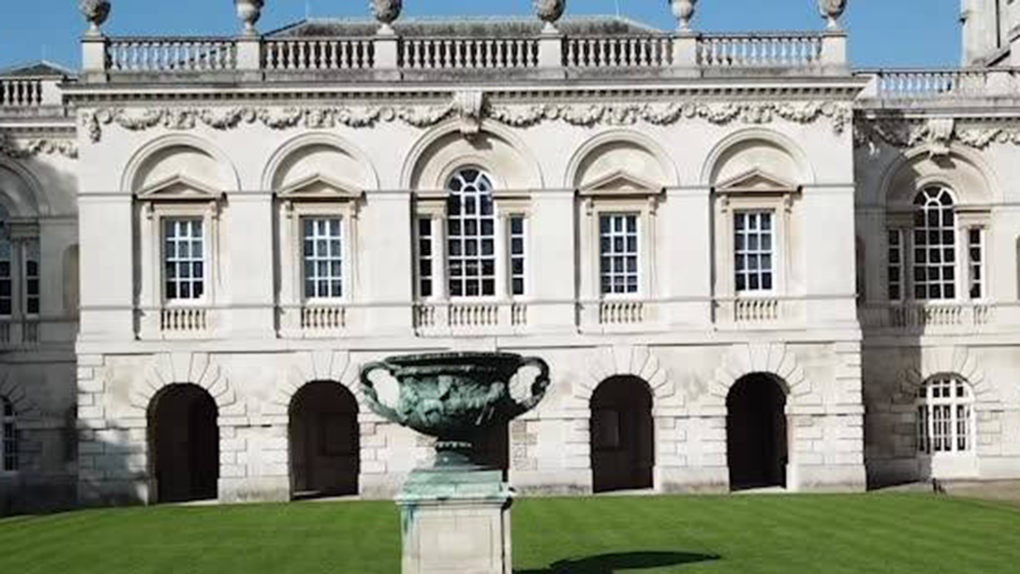 LONDON -- The University of Cambridge said Thursday that it will kick all fossil fuel investments out of its portfolio within the next decade as part of a plan to end the emissions of greenhouse gases it's responsible for by 2038.

The centuries-old English institution is joining a growing list of universities around the world giving in to pressure from environmental campaigners, including their own students, to act against climate change.

"The university is responding comprehensively to a pressing environmental and moral need for action with an historic announcement that demonstrates our determination to seek solutions to the climate crisis," Vice Chancellor Stephen Toope said in his annual university address. "We will approach with renewed confidence our collaborations with government, industry and research partners around the world as together we work for a zero carbon future."

Cambridge said its 3.5 billion pound (US$4.5 billion) endowment fund will shift investment from fossil fuels toward renewable energy by 2030.

By 2038, the university aims to achieve what is known as "net zero" greenhouse gas emissions across its entire portfolio, meaning none of the businesses it invests in generate more emissions than they capture.

"We will be measuring emissions from the activities of every investment in everything from food to transport to energy and manufacturing, across asset classes, and working to reduce them progressively over the period with an aim to reach zero by 2038," the university's chief investment officer, Tilly Franklin, said. "The aim is to build an investment portfolio which is reflective of a future net zero economy."

The British government has set a net zero target for the country as a whole by 2050.

Cambridge University has long been a place of learning for the elite, counting royalty, such as Prince Charles and his son William, famous scientists such as Charles Darwin and Rosalind Franklin, broadcaster David Attenborough and actor Tilda Swinton among its alumni.

Its endowment fund is one of the biggest for a European university, though it is dwarfed by those held by some American institutions. Dozens of U.S. universities have committed to divesting themselves of at least some fossil fuel assets.

The University of California announced in May that it completed the process of purging its $126-billion portfolio of such investments in favour of renewable energy.

One motivation for Cambridge University's move may be its location. Founded some 800 years ago, Cambridge lies about 6 metres (20 feet) above sea level, making the risk of flooding significantly greater the more oceans rise as a result of global warming.