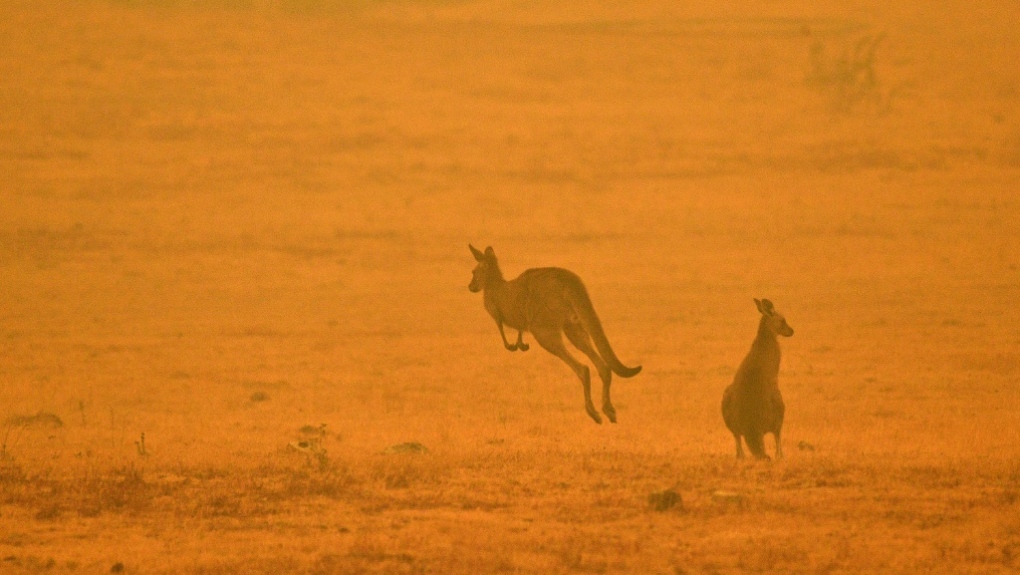 Australia's extreme weather stands to get even worse over the coming decades, the country's top scientists warned this week. (AFP)

The Royal Commission into National Natural Disaster Arrangements began in February while wildfires were ravaging vast swathes of the nation's southeast in a fire season that is now known as Black Summer.

The fires killed at least 33 people including 10 firefighters, destroyed more than 3,000 homes, razed 19 million hectares (47 million acres) and displaced thousands of residents. One firefighter was killed when an extraordinary weather event described by authorities as a "fire tornado" flipped a 10-ton fire truck upside down.

The Royal Commission, which is the country's highest form of investigation, said that smoke that blanketed much of Australia, including major cities, had contributed to hundreds of deaths.

The commission's 578-page report, with 387 pages of appendices, made 80 recommendations, including for a greater harmonization of data across Australia on climate and disaster risks.

The report said federal and state governments should produce "downscaled" climate projections, and agree on climate trajectories and timelines. Discrepancies between states' fire hazard mapping methods "make it difficult to measure risk at a national scale or to undertake comparative risk between regions."

"Improving weather forecasting and climate projection capability is important to improve the ability to predict or estimate the likelihood of extreme" wildfires, the report said, citing the Commonwealth Scientific and Industrial Research Organisation, an Australian government agency.

Mark Howden, a professor at the Australian National University's Climate Change Institute, said the fire risk in specific locations was due to fuel loads -- the amount of combustible material -- as well as climate. The fuel load was not easily gauged "at a fine scale."

Climate models were "a guide to future change and risk, but it's very clear across Australia that that change in risk is upward," Howden said. "So it's a question of the degree of how quickly and how much that fire danger increases."

The role of climate change in the fire emergency was argued by lawmakers in the conservative government. Some blamed the scale of the disaster on arsonists.

The report found further global warming over the next 20 years "is inevitable."

"Floods and bushfires are expected to become more frequent and intense," the report said.

"This report will totally change the landscape of emergency management," Mullins said. "The main point made in this report is that the Black Summer bushfires would not have happened if not for the effects of climate change and a warming planet."

The report "goes into the next journey in this nation's healing after one of the most significant natural disasters in our nation's history," Littleproud said.

The federal government would work quickly with the states to implement the recommendations, he said.

The report also recommended that Australia develop its own aerial firefighting capabilities and send water bombers to where they are needed most.

States currently lease aircraft from the Northern Hemisphere. But climate change is reducing aircraft availability as the fire seasons in the two hemispheres increasingly overlap.

The report recommended the prime minister be given a new legal power to declare a state of national emergency, which would be the catalyst for a more coherent and preemptive mobilization of federal resources.

The wildfire season has again opened in Australia. But unlike the last drought-parched season, above-average rainfall is forecast over eastern and northern Australia during the Southern Hemisphere summer. A more active tropical cyclone season is also forecast.