China to import seal meat and oil from Canada 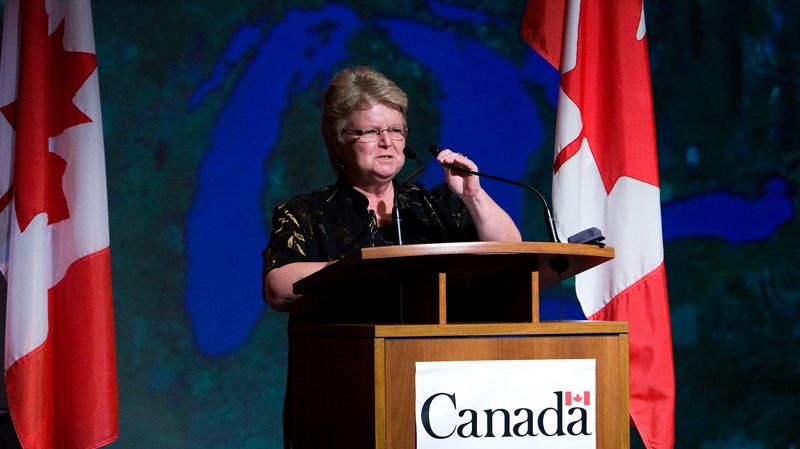 Minister of Fisheries and Oceans Gail Shea leaves the stage after talking about the proactive plan and potential threat Asian Carp pose to the Great Lakes, in Toronto on Tuesday, Oct. 5, 2010. (Nathan Denette / THE CANADIAN PRESS)

The Chinese government has agreed to allow edible seal products from Canada to be imported into its country, under a new deal that was announced Wednesday.

Canada's federal fisheries minister, Gail Shea, who is in Beijing to promote Canadian seal products this week, said she had worked with Chinese officials for a year to reach a deal.

"One year ago, I came to China to begin this process. The Chinese market holds great potential for the Canadian seal industry," Shea said in a statement released Wednesday.

"One year later, I am thrilled to demonstrate our Government's continued support of the thousands of Canadian families in coastal and northern communities who will directly benefit from this new market access arrangement with China."

A Fisheries and Oceans Canada media release indicates that China is the third-largest export market for Canadian seafood products.

Canada sends more than $300 million worth of seafood products to China each year.

The deal comes into effect on Thursday and will make Canada the only country that is able to export its seal meat and seal oil to China.

Shea said the Chinese market "represents great prospects for Canadian harvesters and processors and great growth potential for our exports."

In a telephone conference call, Shea indicated that the deal with China could help offset losses that have resulted from a European Union ban on imported seal products.