What happens to your loyalty program rewards when you die? 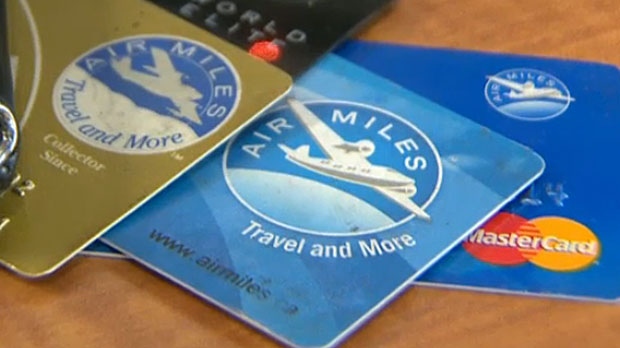 Cards from the Air Miles loyalty program are seen in this file photo.

Every year, millions of Canadians spend time and money in the pursuit of rewards on everything from groceries to flights through an array of loyalty programs. As time goes by and the points accrue, the collection can become quite considerable and valuable.

So, when a dedicated member dies, what happens to all of their points?

The short answer: It depends on the rewards program.

Some programs will allow a deceased member’s loved ones to easily transfer the points into their own account at no charge, while others have strict policies when it comes to gifting rewards.

For example, in the popular Aeroplan program, which allows members to collect miles by purchasing flights and goods, beneficiaries are able to request a no-charge transfer of the dead member’s points into their own account.

The recipient of the points will have to provide information about the original member’s account along with copies of the death certificate and the part of the will that names the beneficiaries in order to obtain the transfer.

Air Miles, on the other hand, has slightly different requirements for the transfer of points from one account to another in the event of a death.

According to its terms and conditions, Air Miles states that beneficiaries are able to merge their own account with the deceased member’s or take over ownership of the account (if they don’t have one of their own) provided they submit a letter from the executor or administrator of the estate along with proof of death documents.

WestJet’s credit card program also requires proof of death and a letter from the executor or administrator of the estate before it will transfer a dead member’s collected WestJet dollars to a beneficiary’s account. The company said the rewards must be claimed within 90 days after the deceased member’s account is terminated.

Lionel Tupman, an estate and trust lawyer and partner at Tupman & Bloom LLP, said consumers need to be aware of the terms and conditions of the loyalty program they sign up for if they’re interested in bequeathing their rewards to their loved ones one day.

“People have to read the fine print,” he told CTVNews.ca “Some points are transferrable, others are not, which means they expire on death.”

Loblaw’s PC Optimum is one program in which points expire when a member dies.

The company’s terms and conditions state: “Upon the death of a program member, the member’s account will be closed and any PC Optimum points in the account will be forfeited.”

However, PC Optimum members are permitted to transfer points to other members “at the company’s discretion” while they are still living.

While some loyalty programs explicitly state in their terms and conditions that their rewards don’t have monetary value, Tupman said others do not and the points collected through these programs should therefore be considered legal property, which can be legally transferred to a beneficiary.

“People sign up for rewards programs for a reason, which is to get the benefit from it and they sometimes spend thousands of dollars, even millions of dollars conceivably, pursuing the points,” he said. “It’s probably something people should take into account when they sign up for these programs to determine whether or not they can actually leave their points to someone else.”

‘A lot of people don’t think about it’

Patrick Sojka, the founder of RewardsCanada.ca, said most companies in Canada are “pretty good” at permitting the transfer of a loyal member’s points without charging a fee.

“A lot of people put their time and effort into these programs and into these companies,” Sojka said. “At the very least, these programs can help pass that on to their other family members or close relatives.”

If the company is less accommodating, Sojka said there is another avenue consumers can take to use their deceased loved one’s points after they’re gone.

“Make sure that your family has access to your accounts, your login credentials, basically, your program number and passwords because most programs allow people to book hotels, flights, you name it, in the name of somebody else,” he said. “Don’t let the program know that person passed away.”

Sojka did admit, however, this option is something of a “grey area” and potentially problematic if the company wants to speak with the original account-holder when booking travel, for example.

With Canadians holding more than 175 million memberships in customer loyalty programs, according to a 2017 census by Colloquy, which provides research on the industry, the question of where all of these hard-earned points will go after death is becoming increasingly prevalent.

Tupman said lawyers at his practice are coming across the question on a more frequent basis. So much so, that they offer wills with specific clauses in them pertaining to digital assets, such as reward points.

“I think it’s something that’s going to become increasingly more common,” he said. “We’re going to see a lot more of it. When people are preparing their wills, it’s something they should ask their lawyer about as to whether or not they can include that.”

As more consumers collect more points, Sojka said they should be treating their rewards as part of their financial portfolio.

“A lot of people don’t think about it,” he said. “Where you have beneficiaries or people who have access to your financial stuff, it should be the same for loyalty programs because for some people there’s a lot of money invested in them and a lot of value in them.”