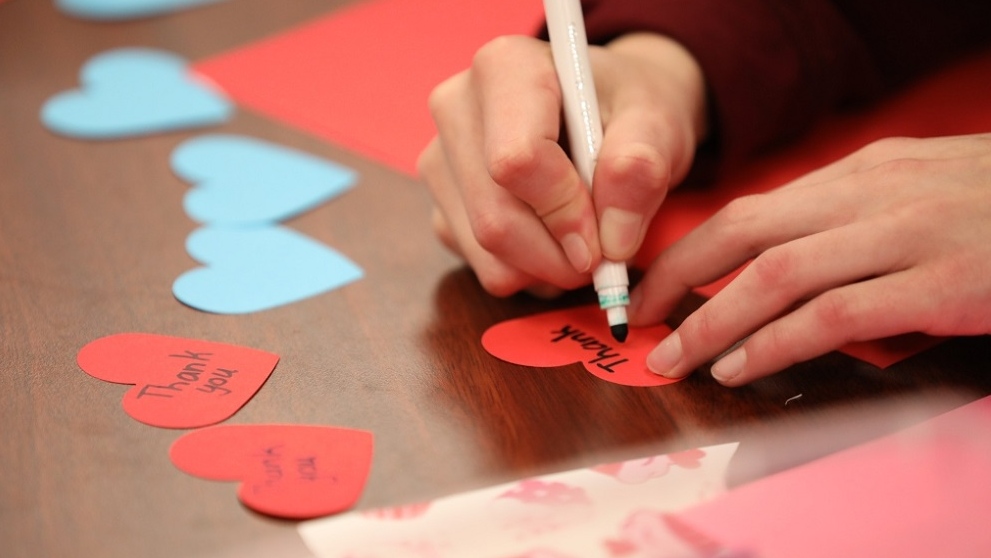 “When you’re in the long-term care facility alone and a child sends you a valentine saying thank you for what you've done for the country, it puts a pretty big smile on the faces of veterans,” Minister of Veterans Affairs Lawrence MacAulay told CTVNews.ca in a telephone interview on Monday.

Valentines for vets started in 1989. At the time, columnist Ann Landers encouraged her readers to send valentines to veterans across Canada and the United States. Veterans Affairs became involved with the program in 1996.

In 2019, Veterans Affairs Canada distributed 17,000 cards to veterans across Canada, and MacAulay says they are hoping to exceed that amount this year.

“I just want to encourage people of all walks of life to say thank you to a veteran because we really owe them a lot in this country when we have the right to live just the way we wish to live,” MacAulay said.

Veterans at Sunnybrook Health Sciences Centre are among the many across the country waiting to get their valentines.

Katherine Baldwin is the manager at Sunnybrook’s Veterans Centre where she and her department work with more than 400 residents; many of which have cognitive impairments. Most of these veterans have served in the Second World War and the Korean War.

Baldwin told CTVNews.ca in a telephone interview on Thursday that this program has made veterans feel appreciated on a day other than Remembrance Day.

“In November everybody remembers and then it feels like the rest of the year people sort of forget about veterans,” Baldwin says. “So it's nice to have an initiative like this where people (veterans) don’t feel forgotten for what they’ve done.”.

The deadline to send valentines is Feb. 1. Canadians who wish to participate can mail their cards to the following address: