Two N.B. men arrested after going through drive-thru on couch towed by ATV 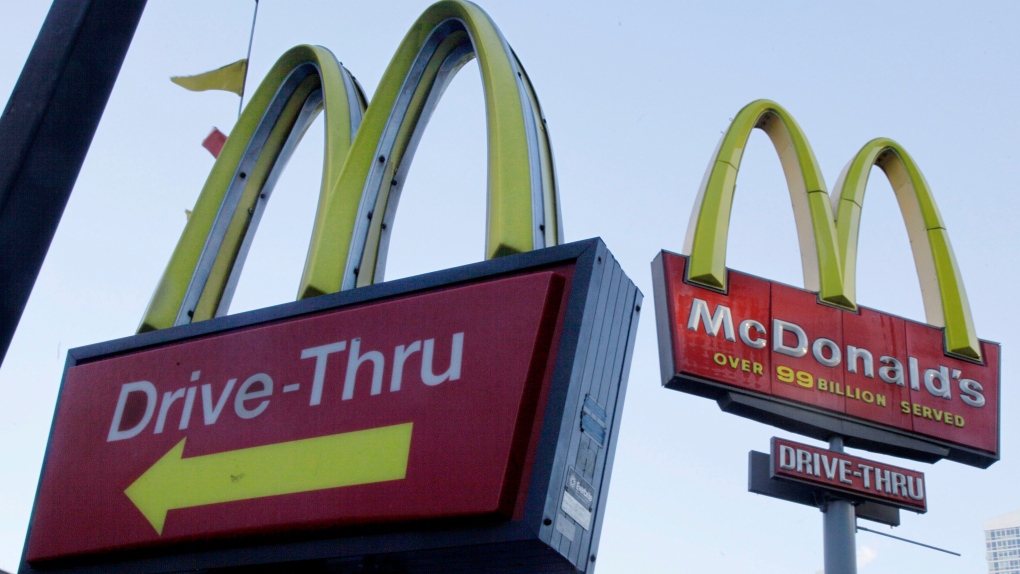 MIRAMICHI, N.B. -- Two New Brunswick men have been arrested after allegedly going through a McDonald's drive-thru on a couch.

Miramichi police said an officer spotted the couch, being towed behind an ATV, at 3:19 a.m. Thursday in the drive-thru.

"And when (the officer) put his lights on, of course he took off, the four-wheeler did, with the sofa still attached. But he left his two passengers from the sofa at the drive-thru," Cpl. Lorri McEachern said Friday.

"The two passengers from the sofa, or the couch, or whatever you want to call it, were intoxicated."

The driver raced through the parking lot, across the highway and onto the frozen Miramichi River, still towing the couch through much of his escape, she said.

McEachern said it is illegal to tow a couch through a drive-thru, but the two men were wearing helmets.