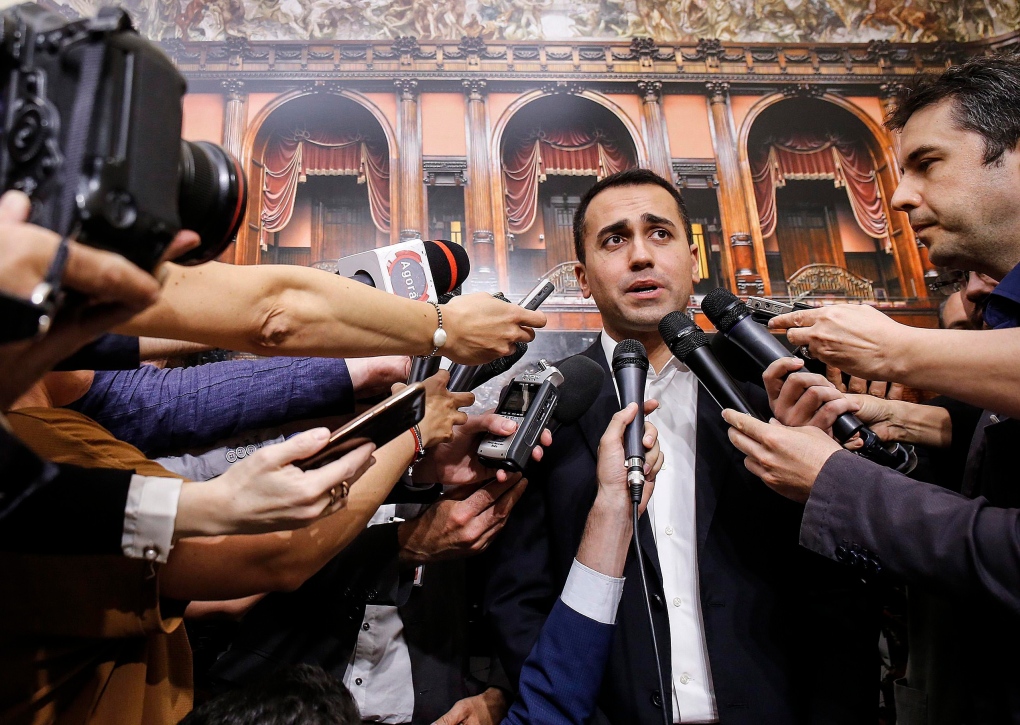 WHISTLER, B.C. -- Before all the attention turns to the G7's big show in Quebec next week, the finance lieutenants from the exclusive club of industrialized nations will have a more peaceful setting to discuss global economic issues over the coming days as they gather in B.C.'s Coast Mountains.

But even with a far quieter backdrop than that likely to surround the La Malbaie leaders summit and its headliner, the potentially disrupting force of U.S. President Donald Trump, the G7 finance ministers will still have to address concerns suddenly making noise in Europe.

And the issue involves one of the G7's own: Italy.

Political turmoil there has been felt across the European Union over worries the country is close to a new financial crisis. There are also concerns -- although viewed as unlikely at this point -- that Italy could abandon the euro currency.

The instability in Italy spilled into global markets this week, raising fears a crisis there could spread to the global economy.

Experts in G7 summitry predict the concerns surrounding Italy, as well as other worries about Argentina and Turkey, will land on the tables of finance ministers and central bankers when they gather Thursday in the B.C. resort town of Whistler to begin three days of meetings.

The more pressing issues tied to these countries could take some attention away from pre-set agenda items the Canadian government has laid out for the Whistler meetings.

Finance Minister Bill Morneau will be in charge of carrying out the Trudeau government's Whistler game plan, which has overarching themes for the G7 that closely line up with key policy areas promoted by the Liberals' domestic agenda.

They include finding ways to ensure economic growth benefits more people, as well as a push towards gender equality and the empowerment of women. Whistler will also feature joint sessions between G7 development and finance ministers with a goal of finding ways to lift support for poor nations and a focus on girls' education.

The meeting will also give Morneau an opportunity to hold face-to-face discussions with U.S. Treasury Secretary Steve Mnuchin on trade frictions between the two countries.

Canada wants to avoid a big economic blow from crippling U.S. tariffs on imports of steel and aluminum. Trump has threatened not to extend an exemption for Canada and Mexico that is due to expire Friday.

The tariffs are on top of the tough renegotiation of the North American Free Trade Agreement.

For the group, said G7 expert John Kirton of the University of Toronto, the growing financial concerns in key countries like Italy will likely be a focal point for the ministers this week -- and he expects markets will be looking a clear message from them before the June 7-9 summit.

"We now have, potentially, a mini-global financial crisis on our hands and the finance ministers are going to have to start with that," Kirton said.

"They're going to have to focus on getting the message from Whistler right.... I don't think they ever really imagined they'd have a financial crisis to deal with on the eve."

In addition to Canada, the U.S. and Italy, the other G7 countries are Japan, the United Kingdom, France and Germany.

Tom Bernes, a former G7 finance deputy who's held senior positions at the International Monetary Fund and the World Bank, said the ministers will have to wrestle with questions about Italy.

"While the European members will no doubt attempt to provide comforting words, clearly risks to the euro and global economic growth have increased," Bernes, a distinguished fellow at the Centre for International Governance Innovation, wrote in an email.

The Whistler meetings will also include ministerial sessions to discuss cyber security for the financial system, the impacts of technological change on jobs, international tax co-ordination, global economic risks and the role of international organizations in strengthening the world's economy.

When it comes to international bodies, much focus could be on the IMF in Whistler.

Earlier this month, Argentine President Mauricio Macri announced he would seek a financing deal with the IMF after a steep devaluation of his country's currency.

Bernes said he expects G7 ministers will be looking for an update from the IMF on Argentina, which happens to hold this year's G20 presidency. But he added he'd be surprised if any significant conclusions emerge from Whistler since the G20 remains the main forum for economic co-operation.

The ever-shifting trade gyrations involving Washington could surface as another area of dispute in Whistler, particularly with impending U.S. decisions this week on steel, aluminum and automobiles, he added.

"There is a possibility for sparks to fly."