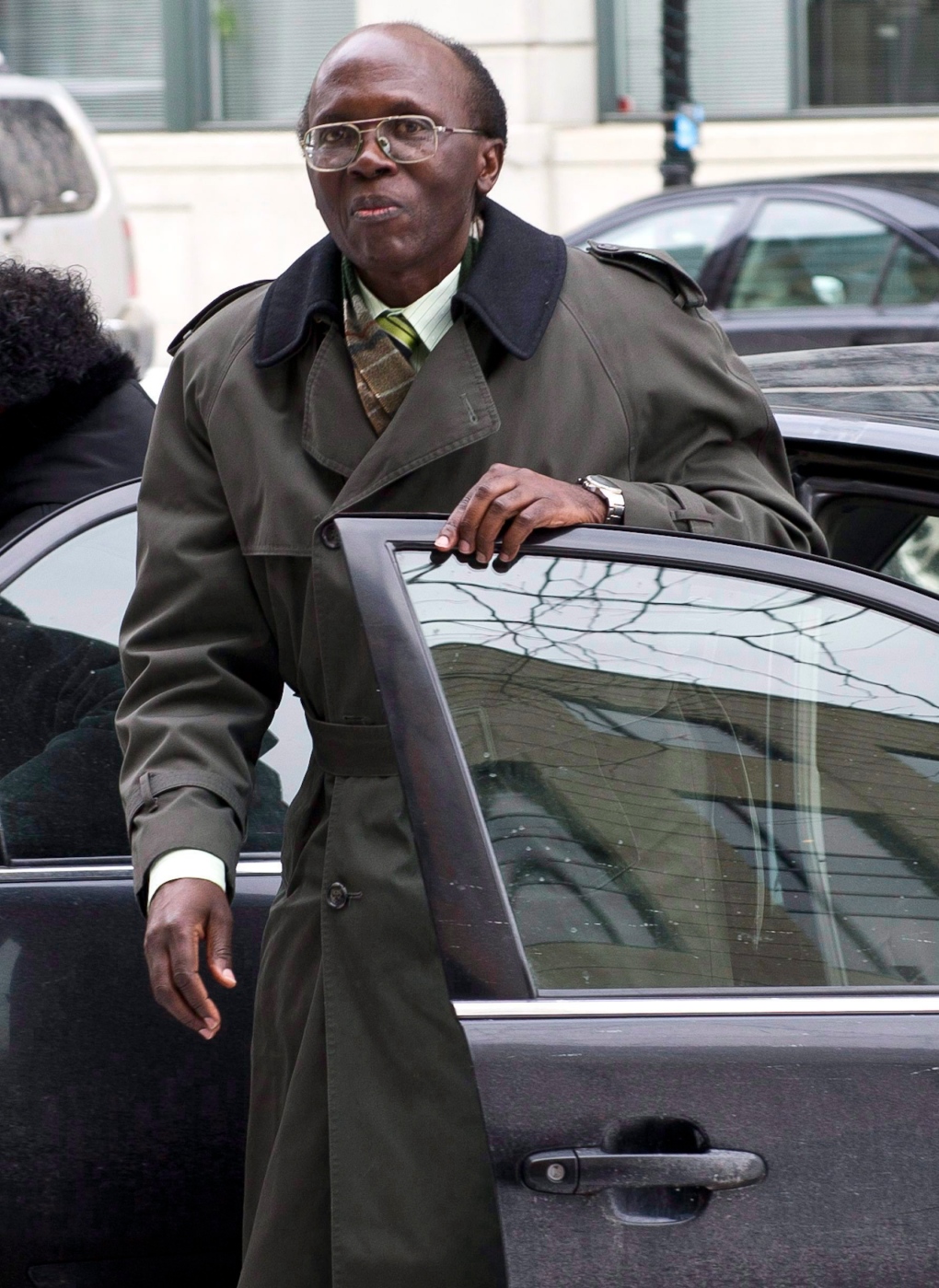 KIGALI, Rwanda -- The trial of a former Quebec resident deported to Rwanda to face charges related to the 1994 genocide that killed nearly one million people has captivated this impoverished African nation still struggling with ethnic tensions.

Leon Mugesera, a former Universite Laval lecturer, is accused of inciting genocide in a fiery anti-Tutsi speech in 1992, in which he referred to them as cockroaches and suggested they should be exterminated.

The speech is seen as one of the triggers that led to a 100-day massacre of 800,000 Tutsis and moderate Hutus.

Several witnesses have testified that in the speech at a rally in the city of Kabaya, Mugesera warned the crowd that "anyone whose neck you do not cut is the one who will cut your neck."

The speech was played repeatedly on Rwandan radio and is documented in several books about the genocide.

For years before the bloodshed began in the spring of 1994, incendiary pro-genocide propaganda ran in newspapers, dominated public gatherings, and was broadcast across the country.

At the time, Mugesera was a member of the National Republican Movement for Democracy and Development -- the ruling party largely blamed for the massacre.

Mugesera's lawyer, Jean-Felix Rudakemwa, said in an interview that it's for the court to prove the speech took place, claiming no complete, original recording exists.

Rudakemwa also argued there's no way to prove any such speech affected events in 1994, after Mugesera had fled Rwanda with his family and claimed refugee status in Canada.

Mugesera fought extradition for more than 16 years -- his case went all the way to the Supreme Court of Canada -- becoming what then-immigration minister Jason Kenney called "a poster child for what's wrong with the system."

His Quebec City lawyer, Guy Bertrand, had argued that Rwandan President Paul Kagame, a former Tutsi rebel fighter, wanted to destroy Mugesera because he viewed him as a political rival and feared that the prominent Hutu academic might re-enter politics.

Mugesera was finally extradited to Rwanda in January of last year, after Ottawa said all necessary steps had been taken to ensure he would not be tortured.

Rwanda, a fledgling democracy and de facto single-party state, has been criticized internationally for its harsh handling of political and ideological crimes.

Mugesera maintains he was not an influential politician, but Paul Rutayisire, director of the Centre for Conflict Management at the National University of Rwanda, said the address was a "milestone" in the tide of "anti-Tutsi venom," adding that seeing Mugesera face justice will help the country heal.

In court, Mugesera -- sporting a shaved head and an electric pink prison uniform -- has done most of the questioning for the defence himself. Some of his tactics have angered genocide survivors.

The first witness to testify at the trial, Idi Hategekimana, said he remembered Mugesera saying "Tutsis are not Rwandans" in his speech. Like other witnesses, Hategekimana recalled that local Tutsi homes were subsequently attacked and families beaten and killed, though witnesses differ about whether this happened weeks or hours after the rally.

On his website Mugesera does not deny he made a speech, just claims it didn't condemn Tutsis but instead the Tutsi-led Rwandan Patriotic Front (RPF). The now-dominant political party was then an invading armed group of Rwandan Tutsis who had fled the country during earlier unrest and massacres starting in 1959.

In a translation of the speech used in Canadian courts, Mugesera said: "These people called 'inyenzis' are now on their way to attack us," and "The mistake we made in 1959, when I was still a child, is to let you leave."

According to Rutayisire, RPF members initially called themselves inyenzis (cockroaches) to emphasize their sneakiness and cunning, but as ethnic and political tensions rose, the word mutated into a dehumanizing anti-Tutsi slur.

Today the word Tutsi is rarely uttered in public in Rwanda, along with the word Hutu and nearly all discussion of ethnic identity.

Defying this taboo, Mugesera has quizzed all the witnesses about their ethnic background. Only one frankly admitted being Hutu. One insisted he was simply Rwandan, and Hategekimana said he was mixed, only disclosing that he was Hutu when Mugesera pressed for specifics.

This questioning has offended some family members of genocide victims.

Innocent Kabanda, a local representative of about 6,000 genocide survivors in Rwanda's Western Province, where the speech took place, said Mugesera seems stuck in the pre-1994 mindset and called on the court to stop him from making witnesses' ethnicity an issue.

However, Kabanda said survivors are happy the trial is finally happening, though many would like to see it held at the place where Mugesera made the speech.

"Maybe that can teach him a lesson," said Kabanda.

Mugesera has continuously claimed that proceedings against him are not fair. He lost a plea to have the trial held in French, requested more time for research, failed to get financial assistance to pay his chosen lawyers, and most recently was denied standing to appeal a ruling he's mentally fit to stand trial.

This has provoked mockery from the local media. A government-leaning weekly paper has taken to calling all delay tactics by genocide suspects "Mugesera tricks," while a cartoon on an alternative news website shows Mugesera carrying a tower of books into court with the caption "All books about international laws, I bring them!"

A total of 28 witness are expected to testify, seven anonymously.