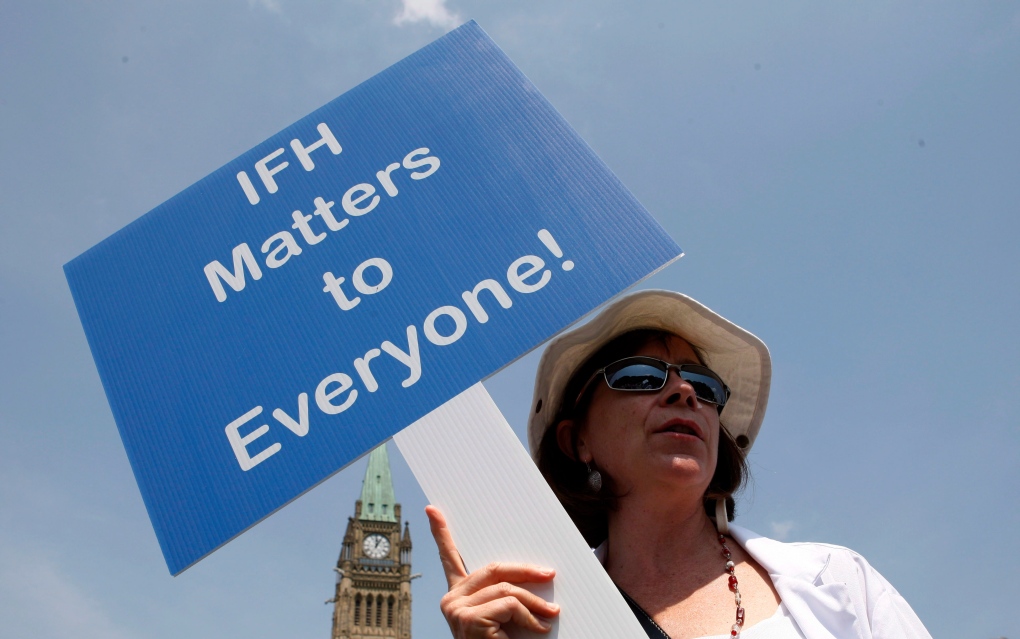 VANCOUVER -- Months after his mother was murdered by gang gunfire, Mauricio Osorto recognized he would be next if he didn't escape Honduras.

He abandoned his life as a university teacher and lawyer who shared his mother's law practice to go to Canada where he had to start again.

A Vancouver refugee-assistance program helped him get through the grief and trauma of what he left behind and allowed him to build a new life in Canada.

But many others after Osorto, 33, won't have the same opportunities in British Columbia after the federal government cut almost of all of its funding for agencies that had been offering mental health services to thousands of traumatized refugees.

Dylan Mazur, with the Vancouver Association of Survivors of Torture, or VAST, calls the situation "a crisis in refugee mental health care."

Now two of four groups offering mental health counselling to refugees have shut down their programs in the province.

VAST also had to reduce its staffing levels when funding was chopped as of April 1.

Osorto said he was referred to VAST when his immigration lawyer saw he was struggling to cope with the death of his mother.

"Some guys in organized crime -- they tried to kidnap my mother but they couldn't, so they killed her," said Osorto. "I had some friends in the police, they said to me I would be the next target."

He said counsellors with VAST were people he could trust to talk to about his pain and they helped him adjust to his new life in Canada.

"I started to see my life from a different perspective," said Osorto, who's now working as a clerk at a Langley grocery store.

"It helped me to be more involved in the community."

Before the cuts, there were six full-time mental health workers offering free services to refugees in B.C.

Now there are three employees, serving what The Immigration Services Society of B.C. estimates to be about 2,000 refugees coming to the province each year, 800 of which have been granted official status.

"I am wondering what will happen with all the people like me who have the same kind of issues," said Osorto, who has finished the program.

The reason for the cuts lies in a change of funding scheme.

Since 2008, the federal government gave money to the province, which in turn distributed the cash to the Immigration Services Society of B.C., or ISS.

The society divided the money, a combined $616,000 per year in provincial and federal funding, between itself and three organizations offering free refugee mental health services -- VAST, Family Services of Greater Vancouver and the Bridge Clinic.

The change forced the organizations to apply to Citizenship and Immigration Canada for their portion of federal funding.

The applications for this year's funding were denied.

Instead the federal gave the groups $80,000, to continue its commitment to help government-sponsored refugees who came to Canada from refugee camps overseas. That money combined with the B.C. government's funding gives the groups $260,000 for refugee mental health services this year.

Remi Lariviere, a spokesman for Citizenship and Immigration Canada, said in an email response that the government of Canada remains committed to helping new Canadians integrate into communities and the country's economy.

"Mental health services, such as in-depth social or psychological counselling, are part of provincial health care and social service programs, and are not eligible under settlement services," Lariviere said in the email to The Canadian Press.

There is no appeal process.

The province says it already gives these groups $400,000, but ISS said just $180,000 of that can be allotted to mental health services.

Mazur, who's the executive director of VAST, said the cuts will make it even harder for a vulnerable group of people to integrate into Canadian life.

Chris Friesen, the settlement services director of ISS, said he believes Canadians have a duty to assist refugees.

Many refugees are invited to come to Canada by the government as part of a humanitarian agreement with the United Nations, he said.

As a result, Canadians have a responsibility to make sure they can become productive members of society, Friesen said.

"It's a strategic and critically important investment in the future of future Canadians," he said.

In the case of refugee claimants -- the term used to describe refugees who aren't invited and come to the country seeking assistance, Friesen said they are just as deserving of the government's assistance because most of them are granted refugee status anyway.

The funding cuts to B.C. organizations could affect that as well.

Friesen is concerned many of those claimants will not get a fair hearing when seeking refugee status, because organizations such as VAST were partly responsible for ensuring claimants would get a fair shot at the application process.

Now that they have limited resources, it's unclear if those associations will be able to play an active role in helping claimants get a fair hearing, he said.