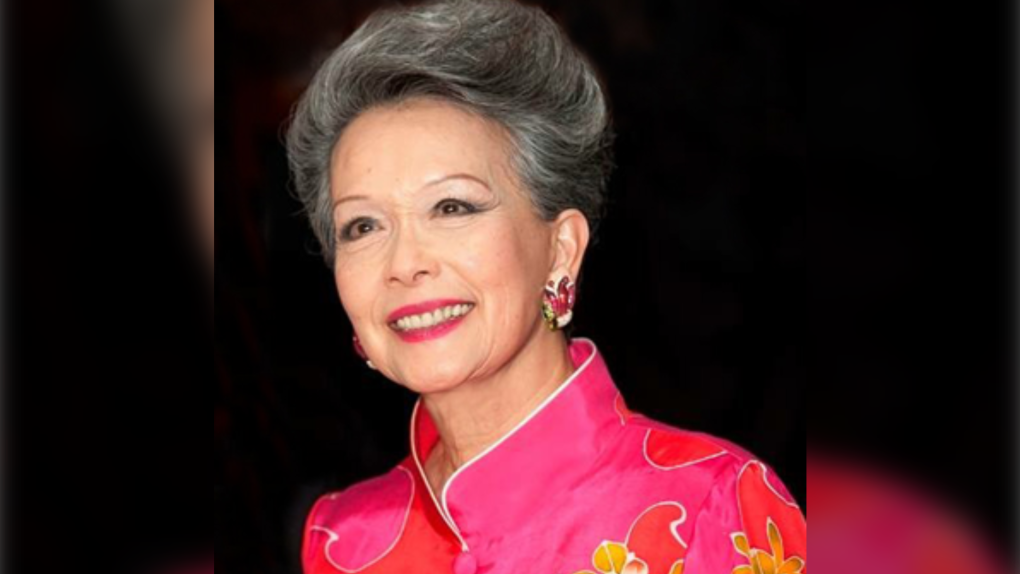 Vivienne Poy was appointed to the Senate of Canada in 1998. (viviennepoy.ca)

TORONTO -- Despite all of her accomplishments as Canada’s first Asian senator, Vivienne Poy says the celebratory month she helped to create to recognize Canadians of Asian descent has not yet achieved as much as she would have liked.

“It hasn't achieved what I wanted yet, but we're getting there. Certainly this year, there's a lot more celebrations, a lot more notice of Asian heritage of Canadians,” the retired senator told CTV’s Your Morning on Friday.

“I would like it to be a lot better, which means, in time, I want to make sure that all Asians in Canada, well, certainly Canadians of Asian heritage, would be recognized as just Canadians.”

In 2001, the Senate of Canada adopted a motion put forth by Poy to designate the month of May as Asian Heritage Month in Canada and it was officially declared as such the following year.

While Asian Heritage Month has been going strong for 20 years now, Poy said racism against people of Asian descent persists in Canada.

“[I’m] very, very frustrated and I find that it is because there is systemic racism in Canada,” she said.

Poy said the only way to combat this type of racism is through education.

“I think children in school should be taught cultures from around the world,” she said. “Even if they can’t travel because it is costly, but now there are videos, it is very easy to teach children. Racism is taught. Nobody is born with it.”

Although Poy said she would like to see Asian Heritage Month go further in fighting racism, she said she is proud of the precedent she set as the first Asian senator after her appointment by then-Prime Minister Jean Chretien in 1998.

“It was a huge responsibility. I knew I had to do a good job, otherwise, it will affect everyone following me,” she said. “Somehow I feel that I have done well, because when the Senate celebrated the 15th anniversary of Asian Heritage Month, there were many Asian senators on the stage and I was really happy about that.”

Another one of Poy’s achievements was the role she played in changing the English-language lyrics of “O Canada” to be more inclusive by replacing “in all thy sons command” to “in all of us command.” She was part of a group of notable Canadian women who campaigned for the change.

“That’s one of the legacies I'm very proud of,” she said. “It was a huge struggle. I know that as a public person, no matter what you do, you get criticized.”

However, Poy said she had a lot of support from other women and girls as well as a lot of men, including veterans, who she said were particularly supportive of the campaign.

Poy retired from the senate in 2012 after 14 years of service. She was also an entrepreneur who started her own fashion design business, an author, and a historian.