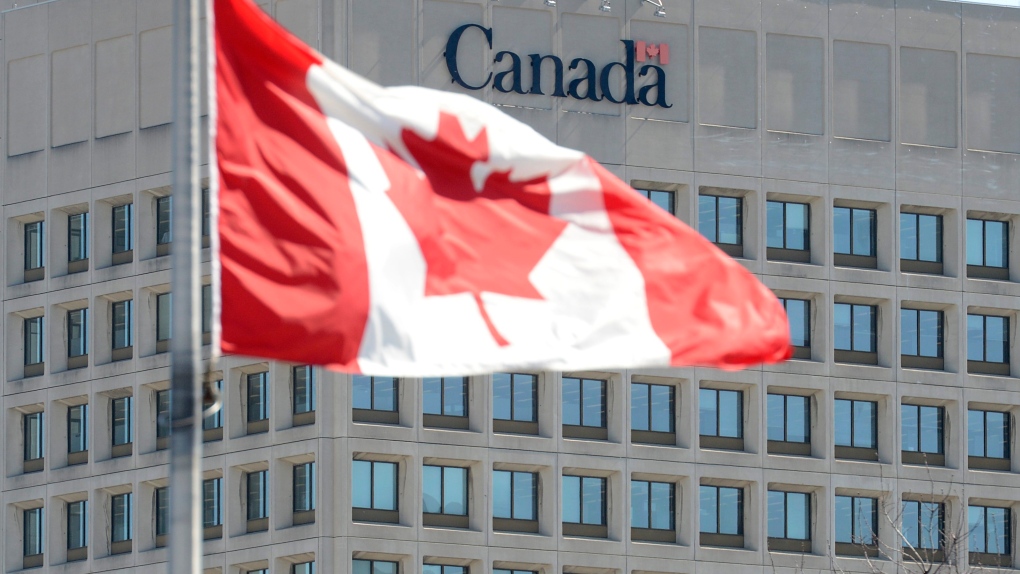 The facade of the headquarters of the Department of National Defense is pictured in Ottawa on April 3, 2013. (Adrian Wyld / THE CANADIAN PRESS)

OTTAWA -- The Federal Court of Appeal has sent a stern message to government institutions: you can't just make up any old deadline for responding to requests under the Access to Information Act.

And by asserting it has the power to review long access-to-information delays, the court has given the information commissioner an important stick to wield against dawdling departments.

"At least now what we have is a clear assertion of jurisdiction of the Federal Court, which means that it gives us more ammunition when we negotiate stricter timelines with institutions," commissioner Suzanne Legault said.

The case in question involved the Department of National Defence, which in 2011 told someone seeking records on the sale of military assets that it would take 1,100 days --more than three years -- to meet the request.

The information commissioner took the department to court for a review of the time extension. The documents were released a month before the hearing in 2013.

Such battles over delays between commissioners and departments have gone on since the access act was passed 30 years ago.

The Federal Court eventually ruled that time extensions, which are permitted under the law, are not subject to judicial review, but the appeal court disagreed.

Chief Justice Marc Noel said timely access is a central part of the right of access and that viewing all time extensions as permissible is tantamount to not having any limits at all.

Under the act, institutions must produce records within 30 days, or else inform the requester of a reasonable extension. Often an institution must consult another department or agency to see what documents can be released, making it hard to supply information within a month.

National Defence had come to their estimate of how long it would take to produce the records by considering the typical number of days it took for the Department of Foreign Affairs to get back to it on an access consultation (110) and multiplying that by eight. The number of records involved was roughly eight times more than the usual batch.

"This type of perfunctory treatment of the matter shows that DND acted as though it was accountable to no one but itself in asserting its extension," Noel wrote.

He said government institutions must make serious efforts to figure out how long it will take to produce records and the estimation must be sufficiently rigorous, logical and supportable to pass muster under court review.

It is not yet clear whether National Defence will file an appeal with the Supreme Court of Canada. It has 60 days to decide.

In this case, the department had already released the documents. But Legault said in the future, the federal court could theoretically tell an institution to hand over records by a particular date.

"This is actually a very important decision in terms of access rights at the federal level," said Legault.

"For the last 30 years ... government institutions always took the position that they could take extensions of any length and those were not reviewable by the court."