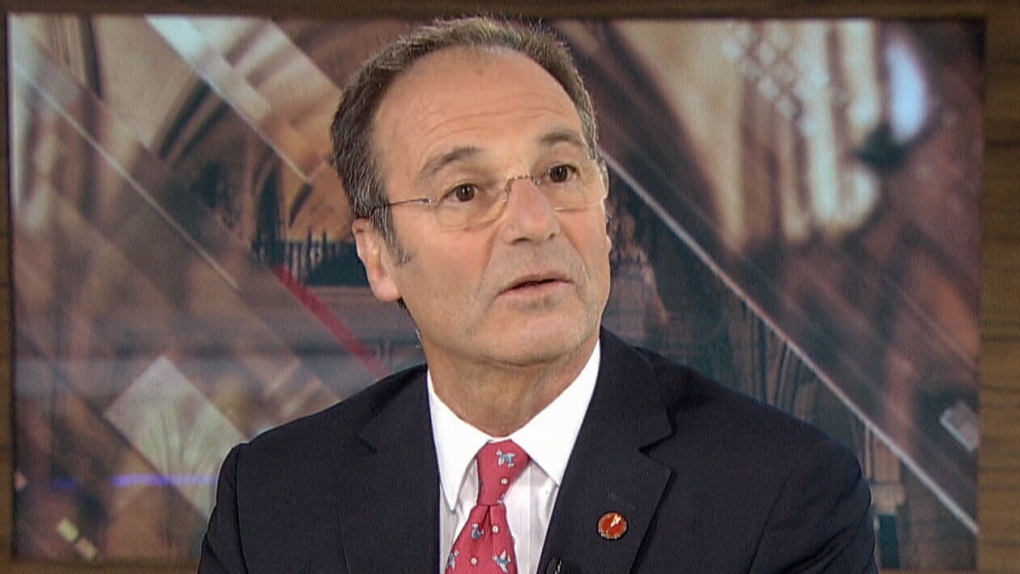 OTTAWA -- A Senate committee should examine the hurdles that make it difficult to use secret intelligence in Canada's courts, says the government representative in the upper chamber.

"This is not an issue that's going to go away," Gold said in an interview. "There are reasons we are where we are."

A former high-ranking U.S. Federal Bureau of Investigation official recently spoke out about how the challenges caused delay and frustration in putting handcuffs on Jeffrey Delisle, a Canadian navy officer who was selling secrets to the Russians.

Frank Figliuzzi, who was the FBI's head of counter-intelligence, said it fell to him to tell the RCMP about Delisle's betrayal even though the Canadian Security Intelligence Service had been monitoring the sub-lieutenant.

CSIS, acting on legal advice, opted to keep its investigation sealed for fear of exposing sources and methods of the intelligence trade in open court.

The Liberal government has acknowledged that federal agencies face challenges when attempting to use intelligence in a form that is admissible as evidence.

Shortly before being appointed government representative in the Senate, Gold, a constitutional law expert, proposed that a committee delve into the subject.

"The fear that sensitive information may ultimately be disclosed may lead our intelligence agencies to decide not to share it with law enforcement, with a corresponding and very real risk to public safety," he told the Senate.

"And lest you think this is merely a hypothetical example, you may remember that CSIS chose not to share with the RCMP information it had in the period leading up to the bombing of Air India Flight 182 in 1985, which killed 329 people aboard."

This "dilemma or conundrum" has led to "very complicated provisions" governing disclosure of evidence, including parallel proceedings in which designated judges of the Federal Court wrestle with the issues while a trial takes place in a different court, Gold noted.

It can also mean the use of closed hearings where the affected party -- often someone facing criminal charges -- is not privy to the intelligence information, as well as the use of amicus curiae, or friends of the court, in certain legal proceedings or security-cleared special advocates in other cases, he said.

"These mechanisms have their proponents and their critics, but all stakeholders tend to agree that the intelligence-to-evidence issue has potentially serious impacts on criminal prosecutions for terrorism, administrative proceedings regarding immigration, and on national security and public safety itself."

Gold's motion evaporated when Parliament was prorogued last year, but he said in the interview he remains hopeful the Senate national security and defence committee will do a study.

"I continue to believe that the issue is one that should be looked at in a serious and comprehensive and non-partisan way."

A committee examination would also cast a light on a shadowy topic many know little about, which could help build public support for police and security agencies -- something that is critical if they are going to protect Canadians and "the values that define us," Gold said.

CSIS, the RCMP and the Department of Justice are working to improve their collaborative approach, Mary-Liz Power, a spokeswoman for Public Safety Minister Bill Blair, said recently.

Briefing materials prepared for Blair in late 2019 said work on the question had found that the legal framework was largely sound and that a drastic legislative overhaul to mandates or machinery was not needed.

The way forward, instead, consisted of "significant operational reform" at key agencies, complemented by targeted policy and legislative measures.

The changes could also involve "significant budgetary considerations," including money for new personnel and advanced information-technology systems, the notes said.

This report by The Canadian Press was first published Jan. 23, 2021.