Political parties clamour for social media influence in the election 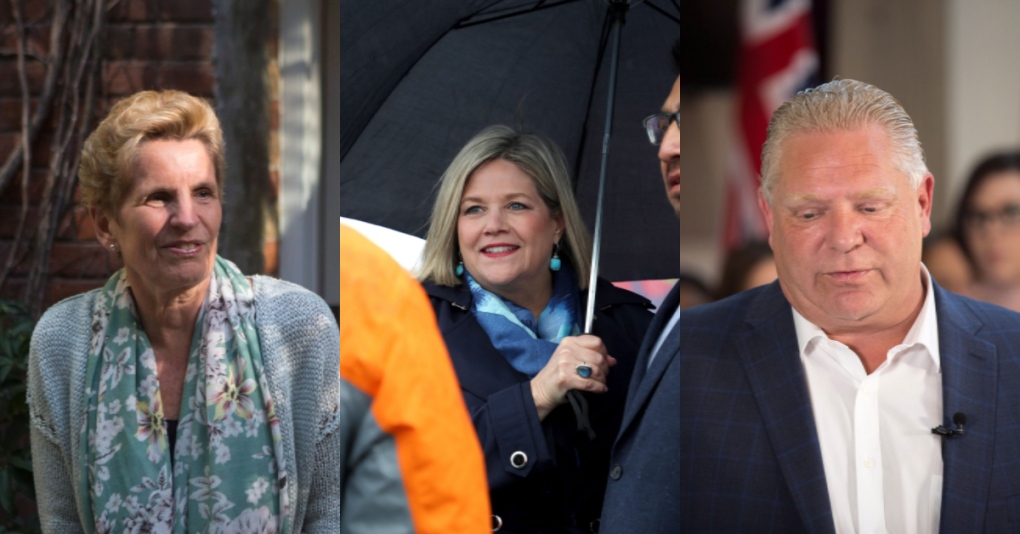 TORONTO -- In a dozen or so videos, Andrea Horwath speaks directly into the camera, her face very close to the lens, a couch visible over her shoulder -- an esthetic seen more often with YouTube celebrities than politicians.

This is .AskAndrea, a half-hour question and answer session conducted via Twitter, in which the Ontario NDP leader fields questions from voters across the province on tax policy, student debt, law enforcement and minimum wage, without leaving her seat in the social media giant's Toronto office.

The social media presence of Ontario political parties has evolved from an election-season gimmick to an integral part of political campaigns. The province's three major parties have carved out distinct strategies for reaching voters through Facebook, Twitter, Youtube and other platforms, while advanced algorithms are precision-targeting advertisements to individuals.

"Over the last four or five years, the whole deployment of social media has gone from a skeptical 'nice to have' to an absolute essential," said Bruce Cameron, president of Social Media ROi, a firm that has consulted on provincial and federal campaigns across Canada.

"So we are dedicating more effort, more sophistication and more focus to social media than at any time in our party's history."

The Liberal party is livestreaming its major announcements and campaign stops and using platforms such as Twitter and Facebook to interact with voters, Zeifman said.

"We know that people engage heavily and particularly with photos, videos, and other content that is digestible and easily shared," he said.

"We like that social media gives people a chance to respond and weigh in," she said. "We like the two-way communication that new media offers."

Advanced technology has made it possible for social media channels, most famously on Facebook, to precision-target the type of ads users see based on their internet habits.

"Based on the preferences and even the search patterns that you are using, there are algorithms that are being developed," Cameron said. "Different keywords will come up or sites that you have gone to or the kinds of things that you're reading and there are quite sophisticated methods of being able to pinpoint that."

In this election, for instance, people whose internet activity shows they are interested in "change" are more likely to see Facebook ads for opposition Tories or NDP than the governing Liberals, Cameron said.

Social media campaign strategies are evolving in part because the ways in which people are using social media are changing, as are the expectations they have about how political candidates use digital platforms, said Elizabeth Dubois, an assistant professor of communications at the University of Ottawa.

"Knowing who your audience is and why they use the specific social media platform you are trying to integrate into your campaign are probably among the most important things for creating a social media strategy," she added.

Many political strategists dismissed social media in past elections on the basis that only the under-35 demographic -- notorious for low voter turnout -- was active online, Cameron said.

"Well that's just not true," he said. "People across the age spectrum use social media of some sort. They may not be into Instagram, but they are going to in most cases have a Facebook account."

The Progressive Conservatives declined to answer questions about their use of social media during the campaign.

But they have been the most effective party on social media so far, Cameron said, specifically with their Ford Nation Live videos, which mimic the look and tone of news broadcasts and interviews but are, in actuality, partisan segments planned and hosted by party staffers.

"It is a classic example of something that may not be breaking (campaign) law but it is bending it," Cameron said. "So far it's been hugely effective in getting a message out that resonates at the local levelΓÇªNo other campaign in Ontario is doing anything as innovative as that. Some would say nefarious, but it depends."

Earlier this month, the Liberals asked Ontario's chief electoral officer to investigate Ford Nation Live, arguing that the Tories are trying to pass political advertising off as genuine media coverage, and that the videos' content does not make clear that the clips are paid ads.

The Liberals appear to have been far less active on social media, and making less of a mark with the messages they are putting out, Cameron said.

Posting content online is not a replacement for good old-fashioned campaigning, however.

"A majority of Canadians still get news from TV and if you ask any candidate they will say the No. 1 most effective strategy for getting someone to the polls is to knock on their door," Dubois said.

"Social media can be great for mobilizing supporters and for sharing ideas and opinions, but it is not a replacement."