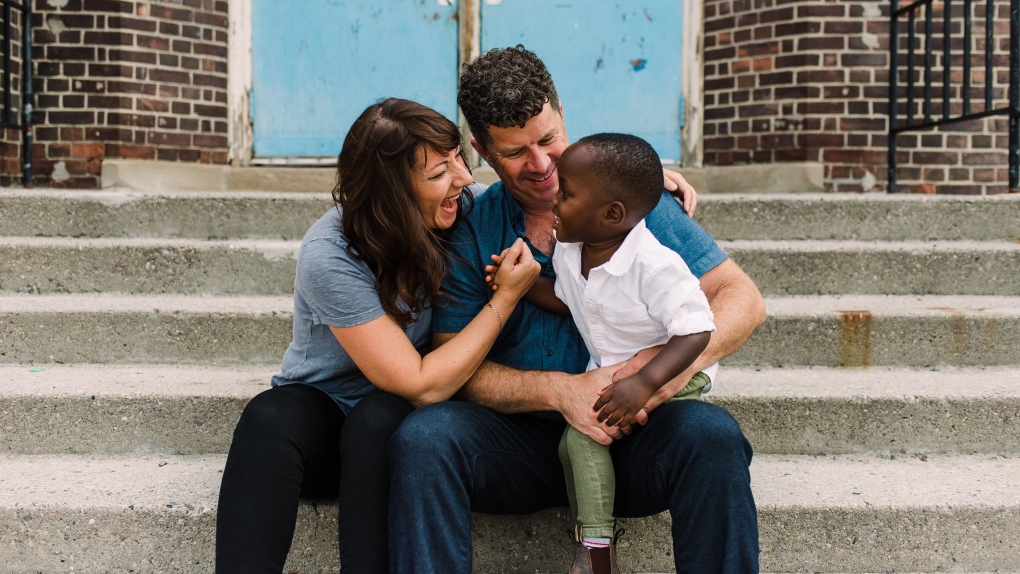 Kat Lanteigne and her husband Graeme Ball adopted their son Nathanael from Zambia in 2017. (Nikki Mills)

TORONTO -- When Kat Lanteigne’s adopted son grows up and wants to have children of his own, they won’t automatically inherit his Canadian citizenship if they are born abroad.

The Toronto-area mother and her husband Graeme Ball, both Canadian citizens, adopted their son Nathanael when he was 15 months old from Zambia in 2017. They chose to apply for a direct grant of citizenship for him, as opposed to sponsoring him as a permanent resident and going through the long process of becoming a citizen through naturalization. Because of this decision, Nathaniel can’t pass on his citizenship to his own children if they are born outside of Canada.

“He is a Canadian citizen. He was granted his citizenship,” Lanteigne told CTVNews.ca during a telephone interview in January. “Why is our son and other children like him considered not to have that right?”

The provision that Lanteigne is referring to was added to Canada’s citizenship law by the federal government under Stephen Harper in 2009. The first-generation limit prevents foreign-born children from passing on their Canadian citizenship to their own offspring if they, too, are born abroad.

It also bars these Canadian foreign-born citizens from applying for a direct citizenship grant for their own children if they, too, are adopted or born abroad.

There are currently two routes to citizenship for foreign-born children who are adopted by Canadian parents.

In the first route, children can become citizens through a direct grant before immigrating to Canada. The second route is through a regular citizenship grant, often called naturalization, where adoptive parents sponsor their child to immigrate to Canada as a permanent resident before they apply to become a citizen later in life.

The first-generation limit that prevents adopted children, like Nathanael, from passing on their citizenship to their own children if they are born abroad only applies to those who attain citizenship through the first route.

The only exception to the law is for the children or grandchildren of Crown servants, such as government workers or those in the military, who were born naturally or adopted abroad and would automatically inherit Canadian citizenship.

Adopted children who are sponsored first as permanent residents before they’re naturalized, on the other hand, can pass on their Canadian citizenship regardless of where their children are born.

For adoptive parents such as Lanteigne, this distinction creates a “substandard class” of Canadian citizens.

“It’s extremely disappointing,” she said. “It’s disappointing that our government would create a vulnerability for a particular group of people based on their vulnerability, which is that they were a child in need of adoption.”

Even though Lanteigne said she and her husband were aware of the first-generation limit before they adopted their son, they didn’t want to risk having him fly to Canada as a stateless citizen. Zambia, like many countries, did not recognize dual citizenship at the time of Nathaniel’s adoption.

Because of that decision, Lanteigne said her son will face future barriers in life that other Canadian citizens won’t encounter. 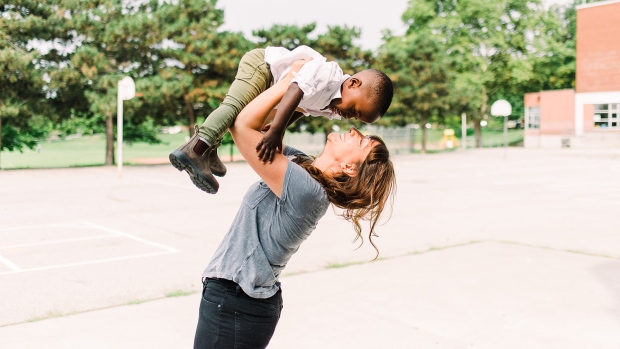 Before it was introduced, she said those born abroad to a Canadian parent in the second and subsequent generations had to meet “certain conditions” and take steps to maintain their citizenship. If they failed to take those steps, they lost their citizenship “often without realizing it,” she said.

“The first-generation limit is applied equally to the children of Canadians born abroad, whether the child is naturally born or adopted, in order to ensure consistency in the application of the rule,” Fenelon explained.

Nastaran Roushan, an immigration lawyer based in Toronto, said the government introduced the amendment in order to limit “indefinite citizenship.”

“This feeds into, whether you believe in it or not, the rhetoric that citizenship is a right and it should be limited as a right to those who are actual Canadians,” she said. “So somewhere along the line, they believe that people are not Canadians any longer because they have enough of a disconnect from the country and therefore they shouldn’t be able to pass on that citizenship to somebody else.”

Roushan acknowledged that in some cases the limitation makes sense, such as when a Canadian and their children spend most of their lives abroad.

However, she suspects the government didn’t consider that in certain cases it puts individuals in precarious situations where they’re living in a country without status.

The immigration lawyer said it’s arbitrary because there are other ways of ensuring people don’t have indefinite citizenship without forcing certain individuals to choose between being potentially stateless and not being able to pass on their citizenship by descent.

Roushan said that some people justify the statelessness issue by pointing to a provision in the act that allows individuals in certain cases to obtain citizenship. However, she said that is only available to those who applied for citizenship before they were 23 years old and they have already been in Canada for 1,095 days.

Another Toronto-area mother, who wished to remain anonymous to protect the identity of her adopted son, shares Lanteigne’s concern about the first-generation limit in Canada’s citizenship law.

When she was in the process of adopting her young son from Ethiopia in 2008 she knew the amendment to limit citizenship by descent would be coming into effect in April 2009.

“It was a difficult situation to be in because I had to just cross my fingers that it would be done in time, that my adoption process would be completed in Ethiopia,” she said.

Like Lanteigne, the mother wanted her son to hold Canadian citizenship before he travelled.

She said she had her final successful court date in early 2009 along with all of her completed paperwork, but her adoption documents weren’t processed by the Canadian government until two weeks after the new law came into effect.

Because they missed the deadline, she said her son, who is now 12 years old, will not be able to pass on his citizenship to his own children if they’re born abroad.

“I have discussed with him that he is a second-class citizen, that he does not have the same rights as other children,” she said. “You can imagine that’s not an easy conversation to have as a parent or as a child. It’s not a good feeling.”

Lanteigne said she and her husband have been trying to have the law overturned for the past five years. In 2015, she put forth a petition with signatures from other adoptive families and supporters calling for the provision to be removed from Canada’s citizenship law, but it was rejected.

Every time she contacts politicians about the law, Lanteigne said she’s told the government has been updating immigration regulations for a long time with no explanation as to why this particular one is being kept in place.

“It’s a constant frustration because it goes on for so long, because the [immigration] minister’s office and this current administration, basically, refuses to engage,” Lanteigne said. “The sad thing about this is this is actually a really minor amendment. It doesn’t take a lot of legislative time.

“We are here and totally being ignored.”