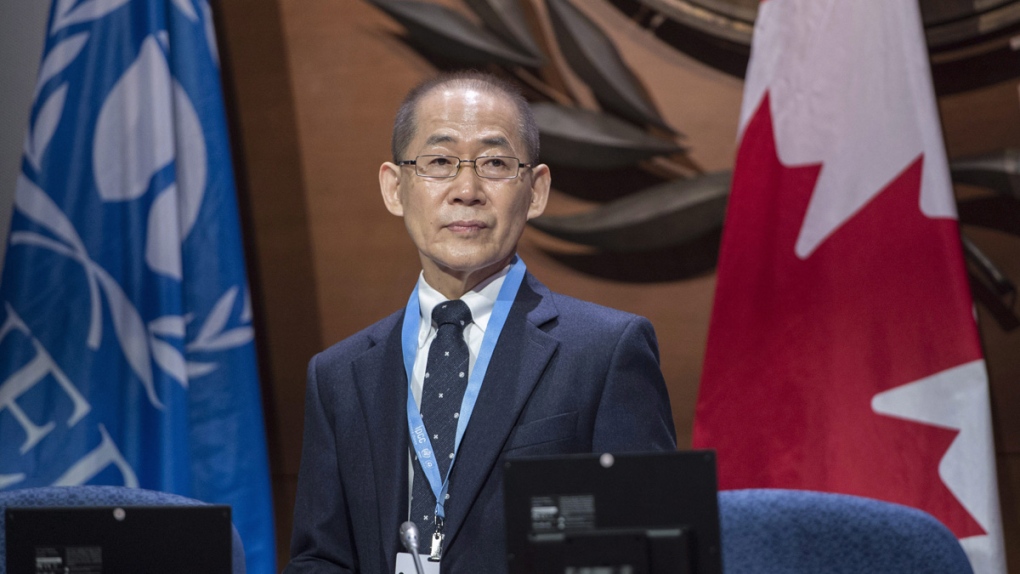 Hoesung Lee, chair of the Intergovernmental Panel on Climate Change, arrives for the opening session on Sept. 6, 2017 in Montreal. (THE CANADIAN PRESS / Paul Chiasson)

MONTREAL -- A United Nations body that assesses science relating to climate change is meeting in Montreal to outline its next set of reports to help guide policy-makers.

The 46th session of the Intergovernmental Panel on Climate Change opened today and will run until Sunday.

Among the topics to be discussed are various reports in the works, including the outline for its sixth assessment report.

The assessment of climate change research by scientists, guided by government decision-makers, helps the panel's 195 member countries develop their own climate policies.

Notably, the input in the voluminous fifth such report helped bring about global acceptance for the ambitious 2015 Paris Accord.

Canada's associate deputy minister of the environment and climate change says decisions made this week will be important to the world.

Dr. Martine Dubuc says they will also help with Canada's own plans for climate change.