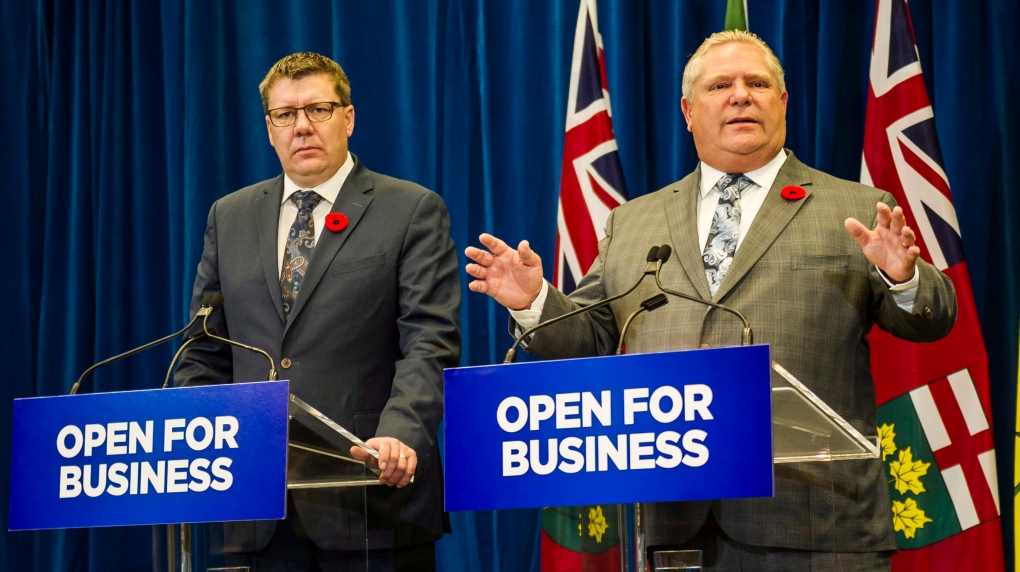 TORONTO -- The premiers of Ontario and Saskatchewan met Friday in Toronto to discuss a variety of issues, including the federal carbon tax.

Doug Ford and Scott Moe have been vocal opponents of the tax and both launched court challenges against it last year.

Last week, the Saskatchewan Court of Appeal ruled the federal government does have the constitutional power to implement a carbon tax in provinces that don't have a carbon price of their own.

Moe has said his province will appeal the decision to the Supreme Court of Canada, and Ontario is awaiting its court ruling.

A joint statement from the premiers following the meeting says they also discussed support for pipelines and farmers.