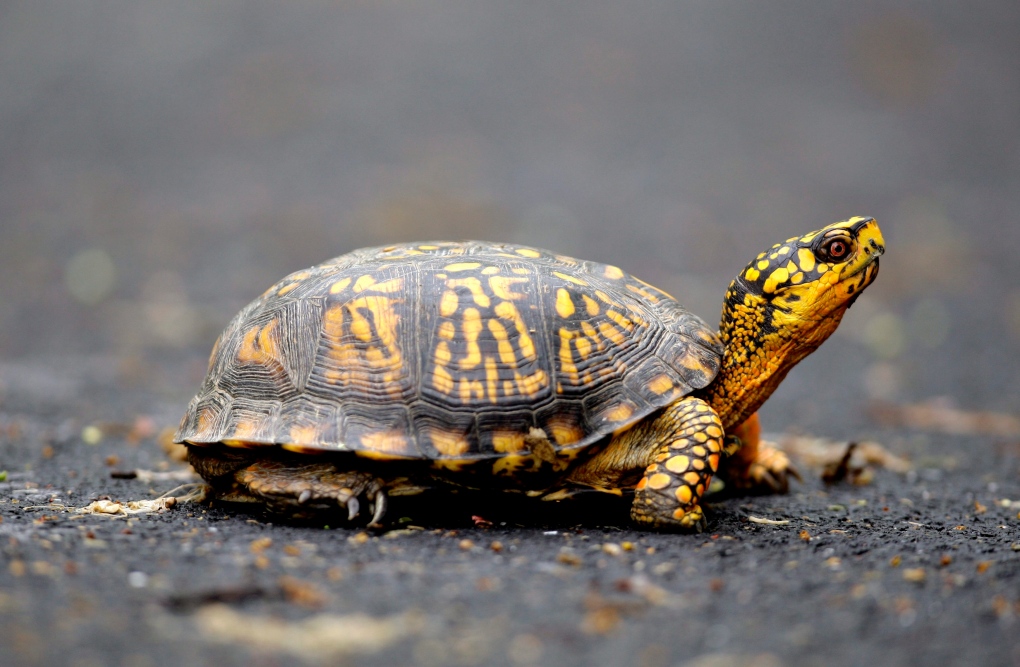 In this file photo, a box turtle pauses on a path at Wildwood Lake Sanctuary in Harrisburg, Pa., Saturday, May 2, 2009. (AP / Carolyn Kaster)

ST. CATHARINES, Ont. -- A man caught smuggling nearly 40 turtles in his pants has been fined $3,500 and placed on probation for two years.

Dong Yan of Windsor, Ont., was convicted earlier this month of illegally importing reptiles into Canada that were transported in contravention of a foreign state's law.

Court heard the turtles were contained in plastic bags and taped to Yan's legs under his pants.

In addition to the fine and probation, Yan is prohibited from owning or possessing turtles and tortoises for 10 years, and must do 50 hours of community service.

Officials say $2,000 from the fine will be directed to the Environmental Damages Fund.

Environment and Climate Change Canada enforcement officers investigated the incident as part of a co-operative investigation with the United States Fish and Wildlife Service.

Officials say live specimens of these animals are often sought after for use in the pet and food trade.

Last December, a Canadian man caught with dozens of turtles in his pants pleaded guilty in a Michigan federal court to smuggling.

Kai Xu was caught in 2014 at a border crossing with 51 snappers taped to his body.