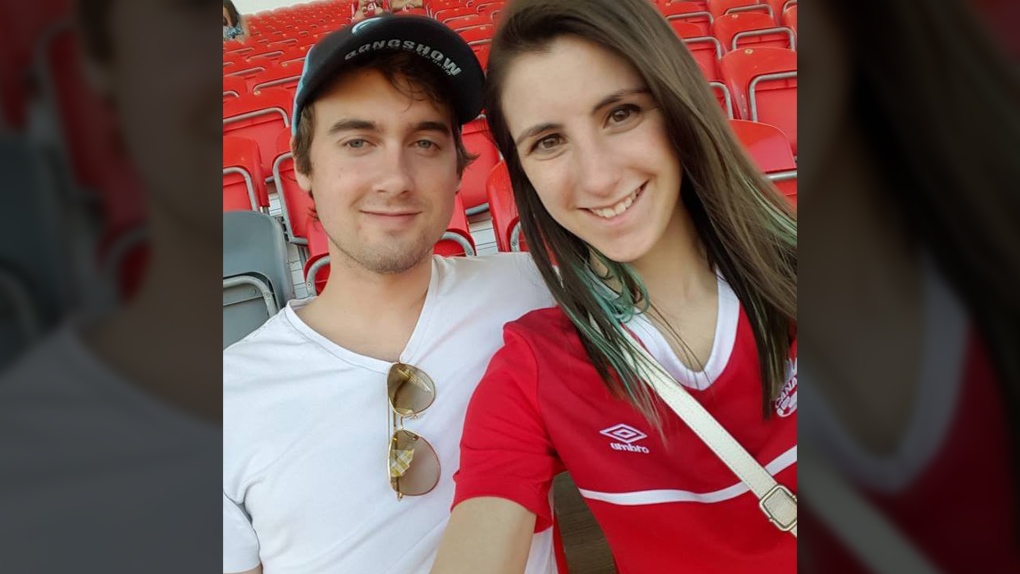 Warning: This story contains graphic images that may disturb some viewers.

A young couple from Windsor, Ont. is warning others about the risks of walking barefoot in the sand after they came home from a vacation in the Dominican Republic with swelling and painful blisters on their feet from parasites known as hookworms.

Katie Stephens, 22, and Eddie Zytner, 25, noticed their feet were itchy during their week-long stay at the IFA Villas Bavaro Resort in Punta Cana earlier this month, but they assumed they had just received some harmless bug bites.

“For a lot of our trip, we found that we were scratching our feet quite a bit,” Zytner told CTVNews.ca during a telephone interview from Windsor, Ont. on Friday. “Sand fleas we had heard about so we kind of assumed it was that at first.”

On Jan. 19, a day after they returned home from their trip, Zytner said he noticed his feet starting to swell. By the weekend, the swelling worsened and small bumps had formed on his toes.

Zytner said the first two doctors he saw at the hospital weren’t sure what was causing the symptoms on his feet and sent him home with bandages. By Sunday evening, Stephens’ feet also began to swell.

“I had a lot of itchiness during the trip,” she said. “I think I might have complained about it a little bit more that my feet were really itchy, but mine didn’t start swelling and everything until about the Sunday night.”

The pair went to the hospital on the fourth day home from their trip where they were checked by a third doctor who was able to recognize the condition. He had seen a similar case from a tourist who had recently returned home from a trip to Thailand.

Stephens and Zytner had contracted larva migrans, commonly known as hookworms, which are parasites that can enter the skin if it comes in contact with an infected surface. The couple said they believe they came into contact with the parasites while walking barefoot on the beach at their resort.

In terms of treatment, the couple was told they could take a drug called ivermectin, Stephens said. Their doctor sent Health Canada a request for the medication, as it’s not licensed in Canada, which included their case files and photos of their feet. Stephens said they were expecting to receive the drug this week, but they received some unfortunate news from their doctor on Tuesday.

“We found out that Health Canada had denied our request to receive the medication saying our case wasn’t severe enough. At that point, that’s when we freaked out a little,” she said.

Although they’re both still using crutches to walk around, Zytner said they’re starting to notice a little improvement in their recovery.

“They [his feet] feel better,” he said. “They looked a little bit better yesterday. We’re getting our bandages changed again… so we’ll have another chance to look at them and see how it’s progressing.”

They also plan to visit a specialist next week to come up with a treatment plan for the skin damage they have on their feet.

The couple shared their story on Facebook along with photos of their feet in an effort to raise awareness about the parasites for doctors and travellers.

“We want to make it known to more doctors what it is, what to look for and stuff because it took us a few trips to the hospital to find out what it was,” Zytner said.