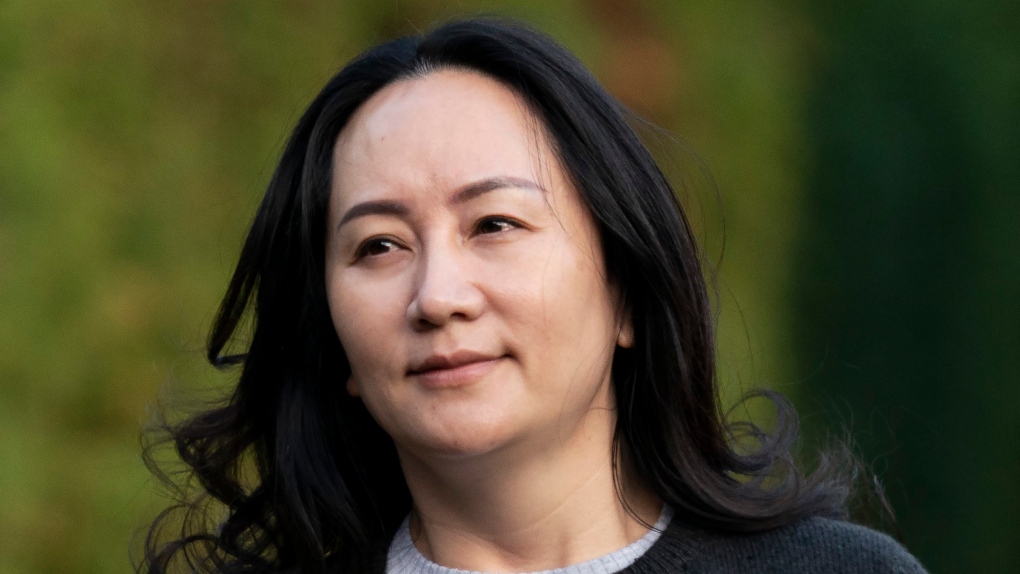 VANCOUVER -- The RCMP officer who apprehended Huawei executive Meng Wanzhou three hours after she was detained by border officers said he didn't think boarding the plane to arrest her was a good idea.

Const. Winston Yep said in B.C. Supreme Court Monday that another officer suggested boarding the plane as soon as it landed, but that never developed into a plan, contrary to what Meng's defence team has alleged in court documents.

Instead, Yep said he agreed in a meeting with Canada Border Services Agency officials that Meng should go through customs and screening before her arrest.

An arrest on a full airplane raised concerns about safety and he did not want to interfere with the border officials' jurisdiction in processing arrivals, he said.

"It was just a suggestion that we should go on the plane," Yep told the court.

Meng is wanted on fraud charges in the United States that both she and Huawei deny. Her arrest on Dec. 1, 2018, at the behest of the U.S. has soured relations between Canada and China.

The defence has previously alleged that there was a "co-ordinated strategy" to have the RCMP delay the arrest so border officials could question Meng under the pretence of a routine immigration check.

It's one of several allegations of wrongdoing that Meng's defence team is lodging against the RCMP and the CBSA, along with intentionally keeping poor notes and failing to arrest her immediately according to the warrant's requirements.

Meng's defence team hopes to glean evidence during the hearings to support its argument that Meng was subject to an abuse of process.

Witnesses called to testify in court this week have been requested by Meng's defence, but a lawyer for the Attorney General of Canada was the first to question Yep.

About 10 witnesses are expected to testify this week and in the week beginning Nov. 23.

Yep told the court he was in the RCMP's foreign and domestic liaison unit when he received a request Nov. 30 from the United States via Canada's Department of Justice to arrest Meng.

When he read the record of the case, Yep said he realized it was a high-profile arrest because he knew Huawei was one of the largest telecommunications companies in the world, although he had not heard of Meng.

Yep said he travelled with a colleague to Vancouver's airport to confirm Meng was on the flight, but they did not formulate an arrest plan before returning the next day.

Yep, who received the arrest warrant, said he was aware it called for her "immediate" arrest.

"It means as soon as practicable," he said, adding officers don't just "run in" and arrest someone because there are often public safety concerns.

Border officials told him they had some concerns about Meng's immigration status and mentioned she owns multiple homes in Canada, he said.

They had their own process to go through before he could make the arrest, he said. But it was not their job to arrest Meng, he said.

"It was always going to be me who was going to execute the arrest," he said.

"I had the warrant and this was an RCMP matter."

Defence lawyer Richard Peck peppered Yep with questions about why he would worry about public safety.

Yep told him that in training, RCMP officers learn to always assume there are more threats than are visible. If there is a man holding a knife, you assume he might have two or three knives out of sight, he said.

"You didn't think for one moment that a 46-year-old international executive was going to come at you with a knife on a plane, did you?" Peck asked.

Yep responded that he didn't know anything about Meng or who she was travelling with.

Beyond the request for Meng's extradition, United States officials also asked that her electronics be placed in a specialized bag that prevents content from being erased remotely. Nothing about the request struck him as unusual, he said.

"It was part of the arrest process," Yep said.

Yep told the court that at no point did he ask the CBSA to search the electronics or obtain information from them, nor did he hear the request from any of his colleagues.

In addition to arguing that her arrest and detention were unlawful, Meng's lawyers allege comments from U.S. President Donald Trump suggest she is being used as a bargaining chip in the relationship between China and the U.S.

Associate Chief Justice Heather Holmes, who is hearing the case, is also considering whether to allow another abuse of process argument to proceed. It alleges that the U.S. misled Canadian officials in the summary of allegations it provided to them.