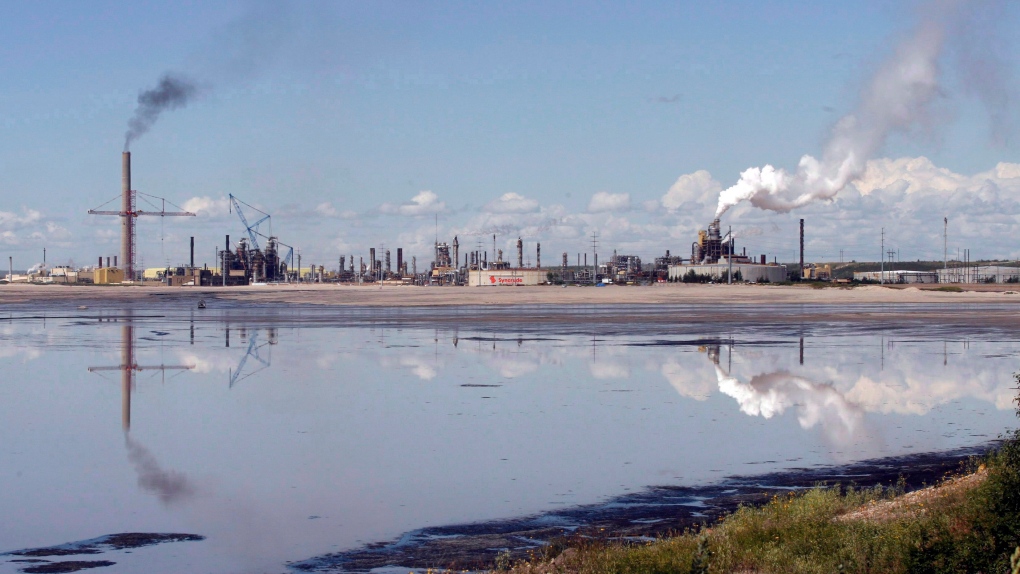 EDMONTON -- Alberta suspended environmental monitoring for oilsands companies without notifying the Northwest Territories, despite a legally binding agreement to do so.

The omission is revealed in a series of emails between the two governments obtained by The Canadian Press.

"We have been made aware ... that the Alberta Energy Regulator has indefinitely suspended several environmental monitoring requirements for major oilsands producers," wrote Erin Kelly, the N.W.T.'s deputy environment minister to her Alberta counterpart.

"Do you have any information that can be shared about this?"

The May 15 email was written more than a week after Alberta's regulator suspended a wide array of monitoring over what it said were public-health concerns raised by the COVID-19 pandemic. Kelly said her government learned about the move from news reports.

Ten days later, Kelly had not received a response.

"This is concerning to many N.W.T. residents, who still maintain subsistence lifestyles," she wrote May 25.

"With COVID-19 we have even more residents relying on food harvested from the land and it is almost certain that concerns related to reduced monitoring upstream will be brought up during (the upcoming legislative) session."

Monitoring is expected to resume Wednesday.

The N.W.T. is downstream from the oilsands and in 2015 signed an agreement with Alberta that spelled out clear responsibilities on information-sharing, notification and consultation for cross-boundary waters.

In her second email, Kelly points to that deal.

"The (territory) has not been informed of or discussed new changes to monitoring as per (the agreement). I have yet to receive a response to my last email."

An Alberta Environment and Parks email shows Kelly's second note provoked an "urgent" request within the department for a response to her concerns.

In answer to a request for an explanation for the lack of consultation, Alberta's United Conservative government provided a one-sentence email.

"There have been ongoing discussions and information-sharing with the N.W.T. on the status of ambient water quality monitoring at sites referenced in the Alberta-N.W.T. Bilateral Agreement throughout the COVID-19 pandemic, starting in March," wrote Alberta Environment spokesman John Muir.

Joslyn Oosenbrug, spokeswoman for the N.W.T. Environment Department, said several meetings were held in June to address the territory's concerns.

"Alberta has committed to sharing information and discussing any changes to monitoring," she wrote in an email. "Communication is ongoing, and includes emails and letters exchanged at the deputy minister and ministerial level."

However, the territory wants a stronger voice in managing water flowing into its land. It wants a seat on several committees that determine how waters will be monitored "to ensure downstream interests are represented," Oosenbrug wrote.

"It's really disappointing to me to see the government of Alberta is taking its relationship with other Canadians so lightly right now," he said.

"When our government is complaining about the poor treatment that we're allegedly getting from other Canadians, we should be treating (them) with the respect with which we expect to be treated."

The N.W.T. isn't the only interested group that wasn't consulted about the suspensions. First Nations in the oilsands area, environmental groups, Alberta's chief scientist and the scientific consultants who perform monitoring work all say they were left out of the decision.

The government has said the move was made in response to concerns from the Canadian Association of Petroleum Producers about operators not being able to meet certain monitoring requirements while complying with COVID-19 orders.

Alberta has yet to release work plans or budget for this year's field season of a joint federal-provincial program responsible for environmental monitoring outside various oilsands leases. Industry, which funds the efforts, has been lobbying heavily for a less extensive and cheaper plan.

Who's hiring? A look at the Canadian job market