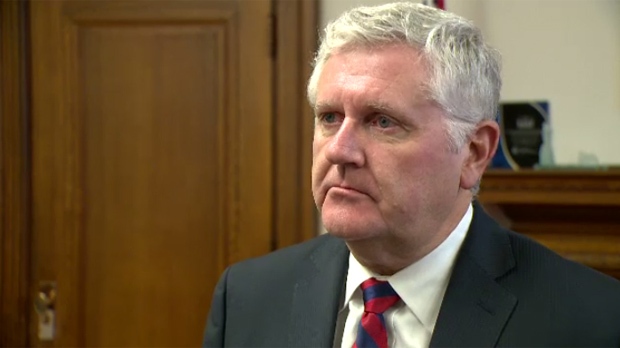 McKenzie has been a Crown attorney in Manitoba for five years, and also practised family, commercial and civil law before that.

He received his law degree from the University of Manitoba in 2006.

Mackintosh says the province has worked to increase the diversity of the bench over the past decade after expanding the criteria in 2002 to include not only professional excellence and community awareness, but also the diversity of Manitoba society.

He says in addition to being transgender, McKenzie is also Metis.

"Diversity is valued, along with the other qualifications for advancement to the bench," Mackintosh said on Sunday. "We had a number of qualified candidates. The fact that Kael is also transgender is exciting."

"Manitoba is certainly ready for a transgender judge."

Mackintosh said that according to the Manitoba Bar Association, McKenzie is the first known transgender judge in Canada.

The release said McKenzie was selected by a list of candidates recommended by an independent judicial nominating committee, chaired by Chief Judge Ken Champagne.

Mackintosh, who was also attorney general back when legislation was changed to require consideration of diversity for the bench, said the change recognized the provincial bench wasn't reflecting the face of Manitoba and needed to be strengthened.

"That elevates the status of the court and its credibility among citizens, but it also strengthens insights that are available to the court," Mackintosh said.