'Kids will fall through the cracks': Advocates critical of child-welfare changes 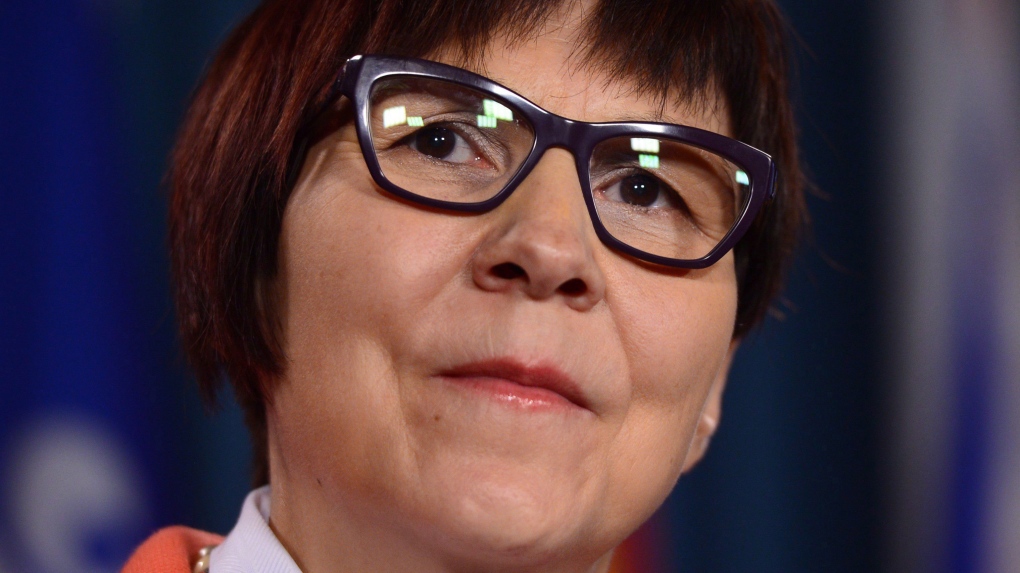 WINNIPEG -- Advocates for children and First Nations say the federal government hasn't provided funding for or details about extensive child-welfare changes coming next month and they suggest vulnerable children will suffer.

The federal government has said the overhaul of Indigenous child welfare will reduce the number of kids in care by affirming the inherent rights of First Nations, Inuit and Metis communities.

Indigenous groups -- which are not defined in the legislation -- are to give notice of their intent to exercise their jurisdiction or can request a three-way agreement with the federal and provincial governments.

The groups are to be allowed to develop their own child-welfare laws or implement traditional ones. Either would prevail over any federal and provincial laws.

Rola Tfaili, a spokesperson for Indigenous Services Canada, said the government and Indigenous partners are to co-develop ways to bring in the changes.

Blackstock isn't optimistic that will be the case. First Nations and child-welfare experts drafted example legislation and submitted it to the federal government while the changes were being crafted, she said, but it was rejected.

"Any suggestion it was co-drafted is erroneous."

Blackstock said more red flags were raised when she tried to find out about funding for Indigenous groups moving to the new child-care model.

"There is no positive funding obligation on behalf of the federal government or indeed any other government to fund child-welfare services delivered under Indigenous laws," she said.

Direct payments to First Nations child-welfare groups are limited to provincially or territorially delegated agencies, which are not part of the changes. Another pot of money under the Child Welfare Jurisdiction Initiative has been tapped dry until 2022, Blackstock said.

That's of significant concern, Blackstock said. She was involved in a multi-year challenge that led to a Canadian Human Rights tribunal ruling that the federal government "wilfully and recklessly" discriminated against Indigenous children on reserves. The tribunal ordered the government to financially compensate First Nations families torn apart by children being inappropriately placed in foster care.

A Federal Court justice in November granted the government's request for a judicial review of the order, although he did not approve a second request that the deadline to submit a payment plan be dropped.

"It was like pulling tooth and nail to get them to the point that we have them now and they are continuing to fight against the tribunal's compensation order," Blackstock said.

Provincial ministers in Manitoba, Saskatchewan and Alberta -- where there are many Indigenous children in care -- have said they are concerned about a lack of details. They have questions about how they will apply to urban Indigenous children or for those with ties to multiple communities. It's also unclear what it will mean for the jurisdiction of children's advocates.

Rebecca Schulz, Alberta's minister of children's services, has said First Nations and Metis partners feel as if there wasn't a lot of consultation.

"We have a huge concern with how the federal government rolled this out. I think we are not alone in that," she said.

Grand Chief Arlen Dumas said the Assembly of Manitoba Chiefs was not consulted and will not support the changes. He said the overhaul will not give First Nations control of their children, but perpetuate how things are done now. The new model is set up so that agencies get more money as more children are seized from their families, he said.

"It actually is further away from the spirit and intent of how First Nations wanted to work within child welfare."

Cora Morgan, the assembly's family advocate, said generations of Indigenous children have been stolen from their families through residential schools, the '60s Scoop and child-welfare practices that result in their being seized at a higher rate than other kids.

She predicts the changes will continue that legacy, even though "we have our own laws and they came a long, long time before Bill C-92."

This report by The Canadian Press was first published Dec. 7, 2019.