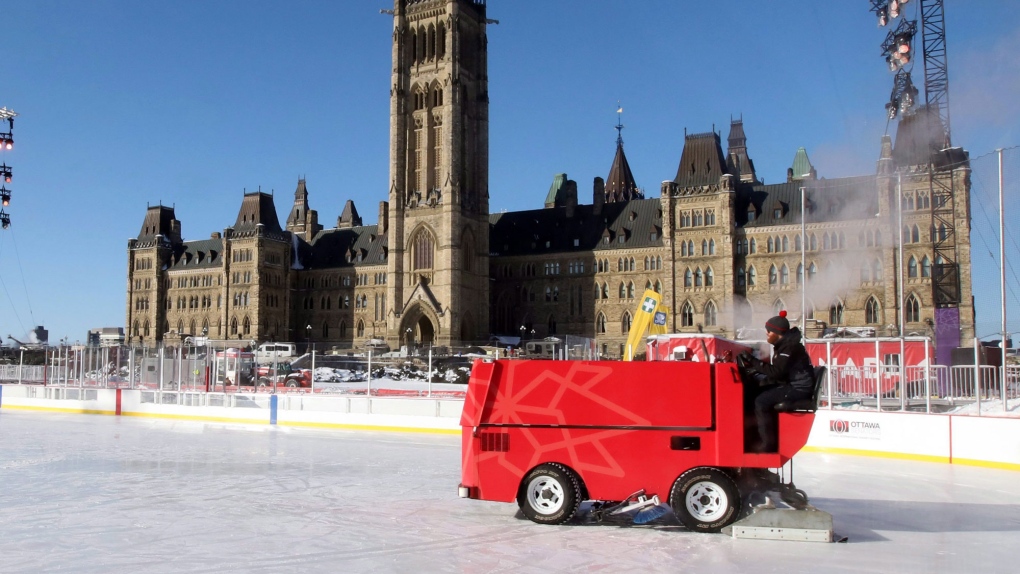 A Zamboni grooms the ice surface on the Canada 150 ice rink on Parliament Hill in Ottawa on Wednesday, Dec.27, 2017. THE CANADIAN PRESS/Fred Chartrand

It will cost taxpayers an additional $2.5 million to keep the Canada 150 ice rink on Parliament Hill open until the end of February, CTV News has learned.

The rink was originally slated to be taken down after New Year’s Eve, but Heritage Minister Melanie Joly opted to extend that term in November, prior to its opening. The cost of running the rink from Jan. 1-Feb. 28 has been pegged at $2.5 million, bringing the overall price tag for the rink to $8.1 million. That amount includes the $2.4 million spent to actually build the facility, as well as $1.3 million to cover all the costs of running a youth hockey tournament with players from around the country. The tournament was ultimately moved indoors due to extreme cold, but players were still granted a chance to skate on the rink, Joly’s office said.

The projected budget for the extension includes $2,078,300 for operational costs such as staffing, security, snow removal and rental services, with an additional $421,700 budgeted for administrative costs, including marketing and social media promotion.

“The rink has already been a great success,” Joly’s press secretary, Simon Ross, told CTV News in a statement. “We invite all Canadians in the Capital Region to reserve their tickets to take advantage of this once in a lifetime activity.”

He added that Heritage Canada expects the costs to come in under budget.