Jeff Sessions says U.S. 'should be like Canada' on immigration 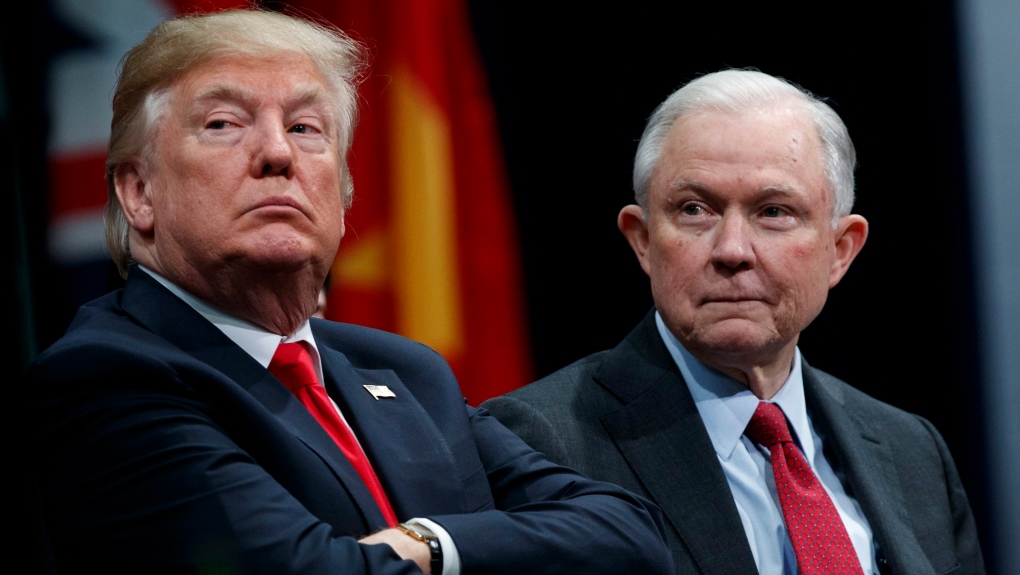 U.S. Attorney General Jeff Sessions is suggesting the Trump administration should emulate Canada in its approach to immigration, by prioritizing skilled workers and eliminating a lottery program that grants visas to individuals from far-flung countries.

“When we admit people to our country we should be like Canada,” Sessions told Fox News in a broadcast interview Wednesday. “We should evaluate them and make sure they’re going to be lawful – they’re not a threat to us. They have the education and skills level to prosper in America.”

Sessions questioned the value of bringing in low-skilled, illiterate immigrants, saying: “That is not what a good nation should do and we need to get away from it.”

He also voiced support for the U.S. ban on visitors from North Korea and six mostly Muslim countries. “We need to tighten up on admission from dangerous area of the globe were we can vet, where we have high numbers of terrorists that live in those areas. We should certainly be more careful and limit that kind of immigration.”

The Trump administration has often cited Canada as inspiration for its stance on immigration policy, although American reform proposals have had little in common with current Canadian immigration practices. The only real commonality is the points-based system Canada currently uses to evaluate applicants to its Federal Skilled Worker program.

Canada accepts immigrants from all countries on the basis of refugee status, family reunification or through the FSW program. Under the current program, applicants to Canada are scored in six categories:

Points are awarded under the Adaptability category when an applicant already has adult relatives in Canada – something the Trump administration has condemned in its stated effort to restrict “chain” migration.

“Congress must end chain migration so that we can have a system that is SECURITY BASED!” Trump tweeted last November.

Canada also does not restrict immigrants from certain countries, as the Trump administration does.

Jenny Kwan, the NDP’s immigration critic in the House of Commons, said Sessions’ representation of Canada’s immigration system was “simplistic and shallow” in an interview with CTVNews.ca.

“Canada has a wholer idea of different pathways to gaining citizenship,” she said.

Kwan said Canada’s immigration system is “good” overall, although she highlighted the lottery system for grandparent reunification as its most significant problem. She said that system would work better if the lottery were removed, and it were made easier for new Canadians to bring their grandparents to Canada.

She also took issue with Sessions’ suggestion that illiterate, uneducated refugees are of no value to the country. Kwan said she’s met many who have built lives in Canada and given back to their communities.

The Trump administration has cut immigration, barred all refugees from several majority-Muslim countries and promised to erect a wall restricting illegal entry along its border with Mexico. “We need the Wall for the safety and security of our country,” Trump tweeted Thursday.

Trump has also failed to work out a deal with Congress on the Deferred Action for Childhood Arrivals (DACA) policy, which offers a path to citizenship for those who immigrate to the U.S. as children. An anticipated bipartisan deal fell apart last week, when it was reported that Trump allegedly made vulgar remarks about accepting people from “s**thole countries” such as Haiti and El Salvador.

On Thursday, Trump tweeted that there would be no DACA deal without funding for his wall. “If there is no Wall, there is no Deal!”

“We actually took that and added things,” he said at the time.